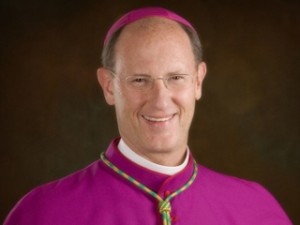 Our news outlets are not known for their squeamish attitude toward violence. On the contrary, reporters are often criticized for fixating on violence, exploiting it as fodder for the 24-hour news cycle.

We rarely see journalists shying away from a gruesome case. Yet, the media has been reluctant to cover the trial of Dr. Kermit Gosnell – a Philadelphia abortionist accused of committing unspeakable crimes at his “Women’s Medical Center.”

Already indicted by a grand jury, Gosnell is on trial for running a “house of horrors,” where hundreds of infants were born alive and beheaded with scissors.

The testimony against him includes some of the most shocking statements ever made in an American courtroom. His former aides speak of infants whose hands and feet were kept in jars, and their bodies flushed down toilets, after they were delivered alive and decapitated.

Somehow, this story went largely unnoticed by mainstream reporters. One would expect a murderous doctor, running a “clinic” reminiscent of Auschwitz, to face a media blitz and a burst of public outrage.

Instead, Gosnell’s trial has been treated as a low-key, local story. Pro-life advocates took up the task of publicizing it, using social media to make up for news outlets’ silence.

I suspect journalists would rather ignore what happened at Gosnell’s “Medical Center.” The case raises too many disturbing questions – about the mentality behind abortion, and our culture’s troubling attitude toward human life.

For instance, most “pro-choice” partisans dismiss the idea that abortion leads to infanticide. They distance themselves from thinkers like Princeton’s professor Peter Singer – who defends the killing of newborns, and the “right” to abortion, on the same philosophical basis.

But Gosnell’s trial shows the difficulty of separating abortion from infanticide, in theory and in practice.

Indeed, there is a hideous logical consistency in Gosnell’s career. He started off killing children in the womb, and ended up killing them after birth. At some point, the distinction between abortion and infanticide must have struck him as a mere technicality, just a matter of geography.

Most abortion advocates are, thankfully, not so logical. Most of them find Gosnell’s actions appalling. Yet they have no valid or compelling grounds on which to condemn his particular methods of abortion as wrong.

Indeed, on the level of moral principles, infanticide and abortion are equivalent. Kermit Gosnell took the abortion mentality to its logical conclusion.

This is a hard fact, with disturbing implications. It is an inconvenient fact for journalists, and many members of their audience, to face. This partly explains their reluctance to cover Gosnell’s trial, since it directly raises the question of abortion and its relationship to infanticide.

But the link between infanticide and abortion is not the only issue raised by this case. There is also the larger question of how human life is regarded, in a culture where contraception is widespread and abortion becomes “backup birth control.” After all, most women who seek an abortion are on some form of birth control.

Kermit Gosnell’s actions are the logical outcome of the abortion mentality. But they are also, in a deeper sense, the result of what Blessed John Paul II called the “contraceptive mentality.”

Many people wrongly believe contraception prevents abortion. This is not borne out by statistics, or by careful thinking about the issues.

Research shows that contraception leads to riskier behavior, more unplanned pregnancies, and consequently, more abortion. When contraception fails – as it inevitably does – couples are tempted to eliminate the “unwanted” life.

Kermit Gosnell looked at these “unwanted” lives, and saw burdens placed upon women. He was more ruthless than most, in his efforts to eliminate these living “burdens.”

Most people do not share Gosnell’s ruthlessness. But many in our society seem to share his attitude: that human life is sometimes an inconvenient and unnecessary burden, rather than a sacred gift from God.

This is the “contraceptive mentality” that Blessed John Paul II saw as a root cause of abortion. When we see any human life as a troublesome burden we must manage, rather than a sacred gift entrusted to our care, there is a temptation to get rid of the burden by any means necessary.

The Gosnell case suggests that our society’s view of human life is deeply wrong. It suggests that a culture of contraception cannot avoid becoming a “culture of death” – in which some lives are seen not as gifts, but as burdens.

Our media outlets thrive on provocation and controversy, but they shrink from life’s deeper questions. They shy away from suggesting that abortion might lead to infanticide. They don’t dare to ask whether the “contraceptive mentality” makes us callous toward life.

The popular media will not take the risk of raising these more fundamental questions by publicizing Gosnell’s trial. That is why we must raise awareness of this case, to help the world see the consequences of contraception and abortion.