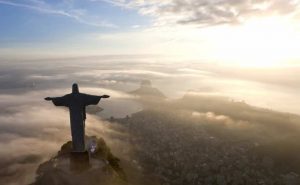 April 1, 2018 (LifeSiteNews [7]) – Even though you are reading this on Easter, it is a challenge for me to write this now, while still in the midst of a Lent that has been quite the challenge both personally and professionally. Nevertheless, despite our hardships, even those severe ones, we know that in the end Christ is victorious. We know that the more difficult the cross, the greater the glory will come of it when offered in union with the ultimate sacrifice of Christ on Calvary.

From the greatest suffering ever experienced has come the redemption of all mankind. Our Lord’s choice of crosses for us to take up and follow Him are never going to be too much for us to bear, even if we feel like they are. The strength to bear them is ours for the asking. An army of prayer warriors in heaven, on earth, and in purgatory are there to assist us in attaining the necessary strength to persevere.

So too in the Church this Easter we look to the ultimate victory of Christ and His Truth. No matter how dark things get, His Victory is assured. Let us lift up our heads with Hope to the coming Resurrection – which is also the triumph of the Immaculate Heart of Mary. May She triumph even now in our souls to mold us in Her womb into the image of Her Son.

Remember the miracle of the Eucharist [8] just discovered in Italy. It is a demonstration of God’s power and control so that we may maintain our faith in the midst of struggle. Just as Jesus showed His disciples His Transfiguration so they could endure the seeming total loss of the crucifixion, so too even now God demonstrates His Almighty power in miracles to boost our faith.

The main attack of this whole crisis in the Church is the Eucharistic Presence. The debates seem always to be about desecrating the Eucharist. Whether it is to allow for sacrilegious reception of Holy Communion or to forbid or disdain reception in a reverent manner (kneeling and on the tongue).

The whole attack on God-ordained marriage we’ve experienced for the last 60 years can itself be seen as an attack on the Eucharist. St. Paul compares the union of a husband and wife to Christ’s union with the Church – a union wherein the “two become one flesh.”

Happy Easter to you and yours!