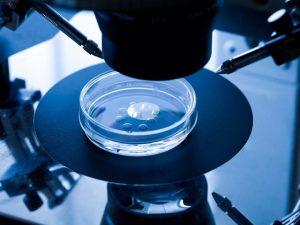 Ten years ago, one in 35 Australian babies were born as a result of IVF treatment. Today, that number has tracked to one in 25 babies. In the Netherlands, one in 15 births is as a result of IVF treatment. Now, world-renowned Dr John Aitken, the University of Newcastle laureate professor, the director of the University’s Priority Research Centre for Reproductive Science and the 2012 New South Wales Scientist of the Year, is warning us of the dangers of overreliance on IVF [8].

It seems that male children born of IVF procedures are themselves more likely to require IVF to reproduce. As Aitken notes:

“It’s an inexorable upward trend. We are taking recourse to IVF in increasing numbers and the thing we have to remember as a society is that the more you use assisted conception in one generation, the more you are going to need it in the next…There’s a negative pay-off. If you have a son from this process it is possible that he too will have the same pathology that you had.”

The trouble is that already, without interference, the human male is not very fertile: one in twenty males are infertile. Dr Aitken criticises the IVF industry for ignoring the fact that failure to conceive stemmed largely from male infertility problems. And aside from the increased incidence of infertility, male IVF children are also at greater risk of cancer if their fathers smoked and used assisted conception techniques.

But, as Aitken notes, society is now out of kilter with human biology. Women are at their most fertile at around 19 or 20 years’ old, but at that stage of life most are halfway through university and nowhere near starting a family. Instead, many are putting off having children, getting financially secure and then having to resort to IVF in their late 30s when they cannot conceive.

“The average age of women in IVF is 36/7 years. If you’re contemplating a family when you’re close to the edge, IVF cannot fix you up. IVF live birth rates decline from 35 to 42 exactly the same way in naturally conceived population.”

Do we really think that we can keep on relying on technology and scientific breakthroughs to mask the deficiencies of our current lifestyles? Do we really think that doing so won’t result in something having to give in the future? Perhaps not in the next generation, but perhaps the one after that, or the one after that when more and more of us rely on IVF to “fix” our problems that are either caused by us delaying having a family, or because our parents had us through IVF… Now imagine a society where not only are our birthrates failing to keep up to hte level required to keep the population stable, but where more and more men are naturally infertile [9]. Where we rely on IVF more, and thus perpetuate the cycle.