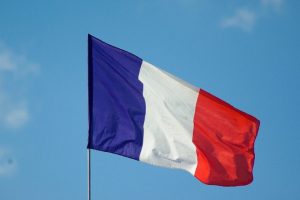 If sacrifices speak so much to us,” it’s because they “reveal a common foundation that is the ground on which one relies,” says French Catholic philosopher Martin Steffens: “As one relies on the ground, one doesn’t see it and yet it’s certainly there.”

Questioned by Olivier Bonnel on Vatican News, Steffens reflected on the sacrifice of Lieutenant Colonel Arnaud Beltrame who, to save lives, offered himself as hostage to the terrorist during the attacks perpetrated in L’Aude, France, on March 23, 2018. In a telegram of condolence for the victims, Pope Francis praised in particular “the generous and heroic gesture of Lieutenant Colonel Arnaud Beltrame, who gave his life to protect persons.”

“Sacrifice is the inverse system of murder,” stresses Martin Steffens. “On one hand, someone takes lives and on the other someone gives his life. And in this sense, one could almost speak  . . . of a violence of goodness,’ ‘violence of love that one opposes to the crass stupidity of evil.”

Steffens believes that sacrifice is “born of Christ’s Passion”: in the Passion, evil is unleashed on the Son of God who seems to be handed over to its blows; and yet, each blow witnesses the love that God expresses for humanity,” he explains. It’s “somewhat the same thing with Arnaud Beltrame: finally what we are going to retain is evidently the stupidity of evil, but in addition, even more so, the trick of the good: it’s to add something to evil by inventing an issue that doesn’t belong to evil, namely, that one will evidently retain the heroic and holy act of Arnaud Beltrame,” he continues.

The philosopher hopes that the sacrifice of the French Lieutenant Colonel is an occasion “to rethink the way of how good can respond to evil without becoming that evil.” And all those personages who effected a sacrifice “are, finally, a source of inspiration to lead us back to that good that invents, in places of violence, something that resembles life,” he adds.

According to Martin Steffens, “the world can but be thankful for all those discreet, secret, intimate sacrifices that we make.” He mentioned the example of a mother expecting a child: “A mother that bears a child must evidently sacrifice a good part of her comfort the whole time of the pregnancy. To have children being born, it’s necessary that that crazy gift be there. If the world of our days still receives children, it’s that sacrifice is like the continuous, discreet base that supports the world.”

“Sacrifice forces respect,” adds the philosopher. “Sacrifice is at the same time something that one can’t prescribe morally, command morally, and <yet> . . . it’s something that is eminently moral, which arouses admiration and which is — I want to say — the source itself of all morality, which is a brimming love for life, a love such that one is ready to give one’s life for that of another.”