A few weeks ago, I had an unshakable urge to reach out to a former classmate of mine from high school: Sarah. We had never been good friends, but I had recently noticed a Facebook post that Sarah gave birth to a son. I sent Sarah a short message, asking her if she’d like a meal and diapers. I received an emphatic “Yes!” and we agreed to meet.

When I visited Sarah, I was not aware of how God worked in her life over the previous months.

Surprisingly, in the middle of our conversation, Sarah said that she “could not believe she had ever considered other options.” When I inquired about what she meant, I found out Sarah was engaged to a man for several months, and just weeks after breaking off the engagement, she learned she was pregnant.  Sarah was devastated, and what’s worse, her ex-fiancé told her he wanted nothing to do with Sarah and nothing to do with the baby. Her experience followed the cliché perfectly – he told her to “get rid of it.” 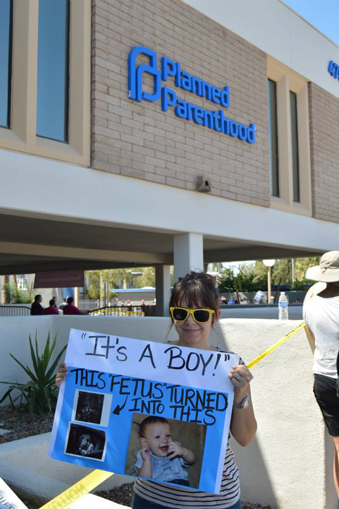 Sarah immediately pulled out her ultrasound, obtained just days earlier from a local pregnancy center. She stared at the tiny human in black and white and wondered what her child would look like in just a few short months. Did it really already have fingernails, like Juno said?

After 4 days of looking at the ultrasound, it was too much. Abortion-minded Sarah decided abortion was no longer an option. She chose to carry her baby to full term.

As her story concluded and I held the newborn in my arms, I gave thanks to God for this baby’s life. In a way, I felt like somehow I was partly responsible to take care of him for the rest of my life.

Sarah had never intended to reach out about her experience, and she certainly never expected me to reach out to her.  But as Sarah was sitting in the hospital after delivering her baby, she received the message from me, the girl from high school whose posts help change her mind about abortion … someone she barely knew…. reaching out to her with an offer of dinner and diapers the day after her child was born.

Only our Heavenly Father could have orchestrated these events, and I’m so overwhelmed by the way God chooses to reveal His work through us. What an amazing reminder that we never know the impact our lives may be having on those around us.

I hope you will celebrate with me in this victory of life – a victory accomplished only by God’s grace.

His name is Edwin.