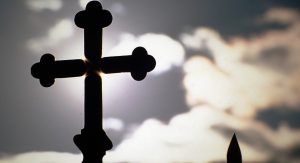 Bishops in Argentina are urging faithful Catholics to be strong and are vowing to protect life despite the passage of a law [8] legalizing abortion up to 14 weeks in the majority-Catholic country.

According to a statement [9] published on December 30th, the bishops declared that, “together with brothers and sisters from different creeds and also many non-believers,” the Church’s leaders will “continue to work with firmness and passion for the care and service of life.” The bishops also decried the political leadership’s indifference to popular pro-life sentiment, “which has been expressed in various ways in favor of life throughout our country.”

The law, heavily and conspicuously pushed by Planned Parenthood subsidiaries and supporters [10], was passed over the objections of 60% of Argentinians, and with only a scant 26.7% in favor of the law, CNA reports [11].

In a separate statement, the bishops’ pro-life commission also expressed [12] its solidarity with pro-lifers in Argentina: “With true conviction, we want to convey to you today that, despite what happened, life always triumphs over death. It is what Christ taught us, who overcame the death on the cross. All is not lost.” The commission urged Argentinians to “show the face of the God of Life and human love” in the new chapter of the Argentina’s pro-life struggle.

The statement, released the same day the country’s senate voted to become only the third in South American to legalize abortion, expressed the bishops’ sorrow and closeness with their flock. “We make their pain, their discomfort, their sadness our own, at the news of the sanction of a law that authorizes a mother to kill her child. We want each Argentine, each father, each mother, grandfather, son, to feel our closeness and understanding. We want to gratefully embrace all those who, from different convictions, from all creeds, without being discouraged, put their efforts, their hope and faith so that life triumph over death.”

The bishops invited pro-lifers in Argentina to redouble their efforts. “We feel called to work with more commitment than ever” in the face of this setback, and promised to work to strengthen the family. “That is why we want to invite you all, from different sectors, to join forces and work for a family that educates, contains, feeds, consoles, corrects, accepts and loves unconditionally,” the statement read.

Prior to the law’s late December passage, Argentina only allowed abortion in the case of rape or if a mother’s life were in danger. A similar pro-abortion effort in Argentina failed to pass in 2018 [13]. The bishops previously condemned the Argentinian government’s “feverish obsession [14]” with abortion after President Fernandez vowed to legalize [15] shortly after his election.