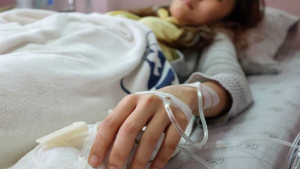 One of the last substantial barriers to increasing the number of euthanasia cases for non-terminally-ill psychiatric patients in Belgium seems to have crumbled.

A religious order in the Catholic Church, the Brothers of Charity, is responsible for a large proportion of beds for psychiatric patients in Belgium – about 5,000 of them. The international head of the order, Brother René Stockman, is a Belgian who has been one of the leading opponents of euthanasia in recent years.

Nonetheless, in a surprise move this week, the board controlling the institutions of the Brothers of Charity announced that from now on, it will allow euthanasia [8] to take place in their psychiatric hospitals.

In a statement [8] posted on their website the Brothers of Charity explain the policy shift. “We take seriously unbearable and hopeless suffering and patients’ request for euthanasia. On the other hand, we do want to protect lives and ensure that euthanasia is performed only if there is no more possibility to provide a reasonable perspective to treat the patient.”

Euthanasia for psychiatric patients has already happened dozens of times in Belgium. But from now on [9] it will probably be easier for people suffering from schizophrenia, personality
disorders, depression, autism, or loneliness to access it. In fact, it will be hard to find an institution in Belgium where euthanasia is not being offered [9] as an option.

Brother Stockman was stunned. “We deplore this new vision,” he told the media [10].

Nursing homes and hospitals opposing euthanasia have been under even more pressure after a court fined a Catholic nursing home [11] a total of €6,000 last year for blocking a resident from accessing euthanasia.

However, Stockman felt that this was not an open and shut case. “I am confident that we have the right to refuse euthanasia,” Stockman told De Morgen. “We want to take seriously the needs of the patients, but the inviolability of life is for us an absolute. We cannot accept that euthanasia is carried out within the walls of our institutions. “

The leading figure in Belgian euthanasia, Dr Wim Distelmans, was delighted. Fifteen years after legalisation, he wrote in a newspaper [12]op-ed [12], the Brothers of Charity have finally admitted that they had excluded the democratically approved policy of euthanasia from their institutions and forbidden doctors to follow their conscience and professional judgement.

Rubbing it in further, a member of the Belgian Parliament, Jean-Jacques De Gucht, summed up the situation: “the last relics of the paternalism of the shepherd have been replaced by individual self-determination”.

The chairman of the board, Raf De Rycke [13], an economist who has worked with the Brothers of Charity for years, denied that the ethos of their hospitals had changed “We have not made a 180 degree turn,” he told De Morgen newspaper. “It is not that we used to be against euthanasia and now suddenly are for it. This is consistent with our existing criteria. We are making both possible routes for our patients: both a pro-life perspective and euthanasia.”

Although this seems odd for a Catholic group, especially when the Pope has been outspoken in denouncing euthanasia, De Rycke believes that the inspiration of the Belgian Brothers of Charity fundamentally remains the same. “We start from the same basic values: the inviolability of life is an important foundation, but for us it is not absolute. This is where we are on a different wavelength from Rome.”

Michael Cook is editor of MercatorNet [14] where this story appeared [15].