With the buzz of OCTOBERBABY fresh in the air, I imagine there will be many new questions posed by children to their parents, “mom (or dad), was I a WANTED child????”

Now that the Affordable Health Care Act is law, we have been talking about the appropriateness of contraception and abortion in health care. The mantra seems to be “make every child a wanted child”. But the pill and the availability of abortion was supposed to solve this dilemma, and we have given it 50 years, yet there are still a lot of unwanted children being born, and aborted. It seems there are many in our secular culture who deem that only those children who are wanted are, in fact, valuable and worth having.

However, what about those children who were not actively planned or initially sought after? OCTOBERBABY attempts to answer that most important question.
I, too, was an unwanted child. I grew up always knowing that I was adopted, and this was a source of much shame for me. My parents told me nothing about the details of my biological mother’s history, but they always told me I was “special”. At the age of 25 years old, I was able to find out nonidentifying information about the circumstances around my adoption. I found out my biological mother was in college on a piano scholarship, but that she had been “date-raped” by my father, who was just about to be shipped out to Vietnam. The year was 1965 and Roe v Wade was not yet legalized. My mother had the courage to interrupt her college, go to a home for unwed mothers, and give me life, even though I was most certainly NOT WANTED. 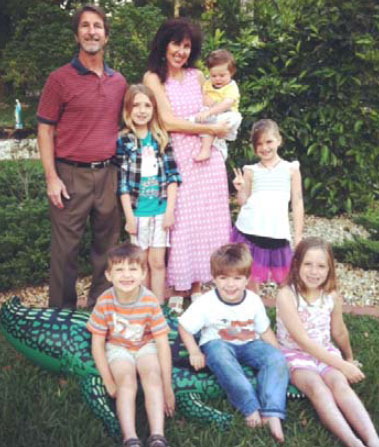 Shortly after this revelation, I began medical school. In 3rd year, we were taught to perform abortions in a women’s “medical” center in Illinois. The abortions were allowed up to 24 weeks. Since I had just returned to my Catholic faith, I was able to opt out on the basis of conscience (something which may not persist in the current government climate unfortunately). While still very new in my faith, I reacted with puzzlement to one specific quandary. Next to the women’s center was a large research hospital with an active obstetrics unit. Many high-risk babies were brought to that hospital in hopes that they could receive the finest medical care around so that they could live. Some of those babies were only 22, or 23 weeks old. It struck me that at that hospital, we were working around the clock and spending millions of dollars saving THOSE babies, while right across the street, at the abortion clinic, the other babies were being forcefully extracted from their mother’s wombs. The only difference between the two babies was this question of WANTEDNESS.

If you have not seen OCTOBERBABY yet, I would urge you to see it. I do not want to spoil the ending for you. But for me, I can tell you how unequivocally grateful I am to my mother for giving me life. How unwanted I was did not matter. She loved me enough to give me life. She could not know then that I would go on to fulfill my life’s dream of becoming a doctor, or that I would marry my soul mate Ben, who was also a doctor, and that we would practice together. She would not know that we would go on to have six beautiful children. She would not know how happy and blessed we all feel every moment of our lives. Nobody can know what grace God can bring into even the saddest situation–so let us err on the side of life.

Dr. Rebecca Peck is a family physician, NFP instructor, pianist,
and most importantly, a wife and mother of six children.

Dr. Rebecca Peck was recently interviewed on the Quest [9]. Click below to hear the interview. http://onemoresoul.com/audio/20120515quest.mp3 [10]