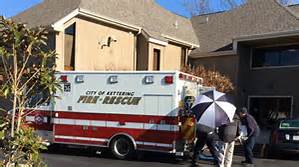 COLUMBUS, Ohio–In September, a hearing examiner at the Ohio Department of Health recommended that the license of a Dayton-area abortion facility be revoked for failure to meet the department’s health and safety standards. This followed a hearing in April in which the abortion facility, Women’s Med Center of Dayton, requested to maintain its license and stay open. In addition, in October, the Ohio Department of Health denied the facility’s request for a variance from the law for the fifth year in a row.

“The abortion industry’s repeated failure to meet basic health and safety standards is a concern that should alarm every Ohioan,” said Devin Scribner, executive director of Ohio Right to Life. “Last summer, this same abortion facility performed an abortion on an incapacitated woman who was unable to consent. Enough is enough. Women’s Med Center’s repeated offenses need to result in its swift closure.”

Ohio law requires that all ambulatory surgical facilities, including abortion facilities, secure a written transfer agreement with a local hospital. If unable to obtain an agreement, the facility may seek a variance from the law. In June 2015, Women’s Med Center submitted a variance request to ODH. It cited three back-up physicians who would provide care in the event of an emergency and indicated that Miami Valley Hospital would continue to treat the facility’s patients through its emergency room. That same month, a woman exhibiting signs of recreational drug use arrived at Women’s Med Center for an abortion appointment. She was unable to walk or hold a conversation. Women’s Med Center consulted Miami Valley Hospital by phone. Despite the woman’s inability to provide consent, Women’s Med Center performed the abortion. According to the Department of Health’s hearing examiner, the following month, in a letter to the Ohio Department of Health, the president of Miami Valley Hospital objected to the use of its name in the agreement and requested that all references to its name be removed.

“As the traditional medical community rejects affiliation with this abortion facility, it’s time Ohio does the same,” said Scribner. “Women’s Med Center has failed to meet the Department of Health’s expectations for five years. In that time span, thousands of human children have lost their lives and the health of thousands of women has been jeopardized at this facility. If we take women’s health seriously, we simply cannot afford to have this facility continue operating in this reckless manner.”

Women’s Med Center of Dayton is operated by abortionist Martin Haskell who is known for popularizing the now-banned partial-birth abortion technique.

To view the hearing examiner’s report and recommendation to the Ohio Department of Health, click here [8].

To view the Department of Health’s 2016 denial of variance request, click here [9].