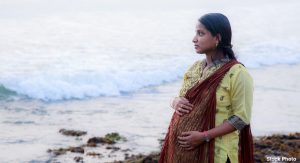 (WASHINGTON, D.C., C-Fam [9]) The state of New York quietly adopted [10] a measure to make commercial surrogacy legal, raising objections by women’s rights and anti-trafficking groups.  Meanwhile, Russia’s parliament is moving to restrict [11] its own booming surrogacy industry.  In a recent webinar [12] hosted by C-Fam, experts in international surrogacy raised concerns about its harms to women and children and positioned the ongoing debate in the context of international human rights standards.

Surrogacy is a global, multi-billion-dollar industry, and while only a handful of countries explicitly allow commercial surrogacy, its legal status in other countries is ambiguous or exists in a legal vacuum.

According to scholar and Marie Curie Fellow Daniela Bandelli, surrogacy couples and individuals who want children, and are willing to pay a considerable cost to have them, and women who need money.  “It is quite a risky activity,” said Bandelli, both for the mother, who is at higher risks of pregnancy and birth complications than those who conceive naturally, and for the child, who is deprived of physical contact, including breastfeeding, “with this person we usually call the mother.”  The key question, says Bandelli, is “are women aware of all the risks they face in participating in the surrogacy industry?”

Jennifer Lahl, president of the Center for Bioethics and Culture, is an advocate for surrogacy abolition and creator of several documentary films highlighting the abuses that occur in the fertility industry.  She contrasted the positions of those who, like her, believe there is no way that surrogacy can be practiced safely and ethically, and those who believe that it is better that surrogacy be legalized and regulated.

Lahl spoke about the harms experienced by surrogate mothers in the United States, including three who died from complications of the process.  “We never want to forget that there are real human beings behind what can seem like a philosophical conversation about helping people build families.”

If such tragedies are occurring in the comparatively wealthy U.S. the plight of surrogates in the developing world is even more troubling.  Emmanuele di Leo, president of the Steadfast Foundation, has documented the growing “reproduction-for-hire” industry in Nigeria, where young women and girls are recruited—by the same methods used to recruit women into prostitution—in poor villages and housed in “baby-factories.”

In all of these cases, the demand for surrogates often originates abroad, and arrangements are conducted through private surrogacy agencies.  While few international organizations have taken a stand against the practice, including the European Parliament, most have either remained silent or, in the case of a growing number of UN experts, appeared to favor taking a more liberal approach.

A joint paper [13] presented by C-Fam, Steadfast, and Bandelli’s project WoMoGeS points out that any defense of surrogacy would require watering down the right of the child to know and be cared for by his or own parents, as enshrined in the Convention on the Rights of the Child.  C-Fam’s Director of Legal Studies, Stefano Gennarini, argued that this violates established standards for interpreting human rights obligations.