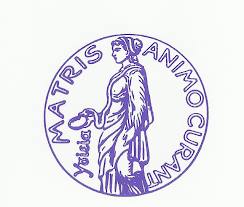 Dear friends,
Three women physicians—Donna Harrison, Mary Davenport and Martha Shuping—were invited months ago to give lectures on complications of abortion for the MWIA, the Medical Women’s International in Seoul, South Korea.
Donna Harrison’s presentation demonstrated that nations with laws protective of mothers and unborn babies have excellent [low] maternal mortality statistics. Mary Davenport had a talk about abortion as a risk factor for preterm birth, the cause of 15 million neonatal deaths each year internationally. Martha Shuping had a presentation that included two case reports of women who suffered severe psychological harm from abortion, even though they had obvious risk factors that were not discussed in the informed consent process. These risk factors were actually quoted from an abortion provider textbook endorsed by the National Abortion Federation!
This was valuable information for physicians to hear, especially those from developing nations who are under tremendous pressure to legalize abortion due to the false belief that legalized abortion is a panacea for maternal mortality.
However, our presentations were cancelled at the last minute. This was not a total shock to us, because many physicians and scientists have long been hampered in attempts to inform the scientific community and patient about risks of abortion. Very important information has been suppressed and even lied about. With the cancellation of our talks, our host Anna Choi, head of a group of 680 Korean ob/gyn physicians who stopped doing abortions, had decided to set up a radio and newspaper interview for us during the time that we were supposed to present.
When we got to the “radio” interview that Anna had set up, we found that it was actually a television interview, and the newspaper reporter was there also.
They put the three of us up front like a “panel” discussion, and the reporters started asking us questions about our presentation, allowing us an opportunity to talk about what we came to present. About 20 minutes into the interview, the Secretary General of MIWA, a Canadian, burst into the room (I kid you not…and all of this is on camera), and came up to the table and said “What presentation is this? Donna Harrison said “it’s not a presentation”. So she snarled, “Why are you being interviewed?” At that point, the answers were left to Anna, our host. Anna said that this was a requested interview by the press.
The SecGen then said, “Who gave you permission to interview these people?” And the reporters said, “We are the press, we don’t need anyone’s permission. We have freedom of the press”. And the Sec Gen snarled at Anna and said, “Did you arrange this? Did you talk to the organizing committee?” And Anna said, “I am on the organizing committee. I don’t need to talk to anyone.” And the Sec Gen stood in front of the camera, and refused to move, and said, “The interview is over.” Then the reporters said, “You can’t do this. We have the freedom of the press. You are interfering with the freedom of the press.” But the Sec Gen would not move and said, “The interview is over.”
We exited to the hall, and a Belgian and German woman waiting. They started to make fun of the Korean translator, and to snap pictures in her face. And she said, “You can’t do this. This is my country. I will call the police.” They actually grabbed at her, and then one of the Korean reporters put a huge camera in the Belgian woman’s face and started taking photos of her. A fist fight almost ensued between the women, but another of the Koreans stepped in and kept any contact from happening. All of this was on camera. Then our Korean hosts ushered us down the hall, and down the elevator, along with the reporters and camera crew, and we resumed the interview in the commons area downstairs by the trash cans and the bathroom. We were able to complete the entire interview. Now, instead of our audience being a few women doctors from the conference, we have an audience of probably a few thousand. [We can make it many millions!]
It was an incredible display of arrogance on the part of the Canadian, US and European physicians at the MWIA, who initiated preventing us from speaking. It will be interesting to see what press picks this up. I just wish it would go viral; it’s such a glaring example of exactly what we were saying about suppression of information.

You will be able to access the banned presentations at: www.aaplog.org [9]