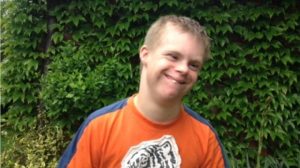 [9]Tim was not supposed to be born, and certainly not to live. Now the man who survived a failed late-term abortion in 1997 has died aged 21.

Tim – known in the media as the “Oldenburg baby” – was diagnosed with Down syndrome in the 20th week of gestation. German abortion rules limit terminations to the first 13 weeks, except in cases when the mother feels – for health or psychological reasons – unable to carry the baby to term.

As the mother in this case threatened to take her own life, the late-term abortion – legal up to 22 weeks – was scheduled. But things didn’t go according to plan.

In Tim’s case the doctor did not use potassium chloride to stop the heart, assuming he would not survive labour.

Born weighing just 690g (1½lbs), nurses wrapped him in a towel, where he spent the first nine hours of his life alone. After that, realising he was still alive, doctors and nurses began to provide him with medical care.

Doctors gave him one, maximum two, years to live because of various health difficulties, including underdeveloped lungs, which made him susceptible to infections.

After his mother and father declined to keep him he was raised by Bernhard and Simone Guido. They had applied to be foster parents but were offered a very different baby than they expected.

“It was supposed to be a healthy girl,” wrote Simone Guido later in a book about her life with Tim.

But seeing him in the hospital in 1997, she said, was like love at first sight: “We immediately thought: he belongs with us.”

As a result of adopting Tim, their life took on a very different direction. Through a book and website, the Guidos became campaigners against late-term abortions in Germany – and the use of pre-natal tests to allow abortions. In Germany an estimated nine out of 10 Down syndrome diagnoses lead to an abortion.

Later, a German MP sued the doctor who performed the failed abortion, but the case was dismissed.

As a result of his condition, as well as lack of after-birth care, Tim suffered from other medical conditions. He was autistic, could barely speak and underwent many operations during his life.

As well as Tim and their two own children, the Guidos fostered two further children with Down syndrome

In a statement on their website, they said Tim had died without warning after a “wonderful Christmas” at home with his family, days after contracting a lung infection.

They said: “We are very sad and don’t yet know how we should come to terms with the loss of our son who was unique, full of life and spread joy.”