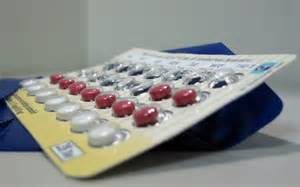 Newspaper headline writers appear surprised by the study, but they should not be. Hormonal birth control also has established physical health risks. Given what we now know about the health dangers of hormonal birth control, making it available without a prescription is a troubling public health policy driven by politics, not science.

A recent Danish study at the University of Copenhagen revealed that using hormonal contraceptives, including the pill, injections, patches, rings, implants, and intrauterine devices, is correlated with clinical depression. This longitudinal study was conducted over the course of 13 years. Its subjects included one million women aged 15 to 34, pre-screened for depression and other medical and psychiatric disorders. Women who had a pre-existing condition of depression or were using anti-depressants were excluded from the trials.

These women were tracked for hormonal birth control use and psychiatric health. Results showed that the women on hormonal birth control were almost twice as likely to develop depression and be given a prescription to combat these symptoms. Teenage women, in particular, were most susceptible to these effects. Women aged 14 to 19 were 80 percent more likely to be prescribed anti-depressants, especially if they were on the combined pill containing both artificial estrogen and progesterone.

Given the findings of this newest study showing the correlation between hormonal birth control and depression, women who are already susceptible to depression and who use hormonal birth control could put themselves at greater risk for self-harm or suicide. While correlation does not equal causation, these statistics are startling and should not be ignored, especially since 62 percent (11 million) of women of reproductive age in the United States use contraception.

We’ve Known about Negatives for Years

In addition, hormonal contraception can cause an abortion when breakthrough ovulation happens and the egg is fertilized. Hormonal birth control changes the lining of the uterus and can act as an abortifacient if fertilization occurs, since the embryo would not be able to implant and receive nutrients. This is called a pre-implantation chemical abortion.

The new Danish study’s findings along with the previously established health risks must be taken into account when considering some Republicans’ legislative strategy to promote over-the-counter birth control in a misguided effort to fight the Left’s “war on women” narrative. Senators Kelly Ayotte and Cory Gardner proposed a bill (S.1438) with other Republican senators that would require the FDA to make hormonal birth control available over-the-counter for those over the age of 18.

This legislation will harm women. Women deserve to know the real health risks of hormonal birth control from their doctor in order to make an informed decision, not from a size-eight font warning label in the supermarket aisle.

Contraceptive use encourages sexual activity by setting up the false expectation that contraception makes one “safe” from pregnancy. When contraception fails, women who end up in unplanned pregnancies often get an abortion. In fact, the Guttmacher Institute reported that “more than half of women obtaining abortions in 2000 (54%) had been using a contraceptive method during the month they became pregnant.”

First, scientists are discovering health risks that suggest dangers to women’s health and safety. Second, there is the real concern that over-the-counter contraceptives will increase unplanned pregnancies and abortion. Third, making hormonal birth control available over the counter without the oversight and care of her doctor endangers a woman and deprives her of proper informed consent.

As part of informed consent, doctors should share the findings of these health risks with women who are considering hormonal birth control and share information about natural, healthier, organic alternatives in family planning. These include fertility-awareness based methods, alternatives that have been found to be equally or more effective than hormonal based birth control. These methods empower women to make more informed choices about family planning and to teach them how to monitor and understand their own reproductive health, instead of using harmful means to suppress it.