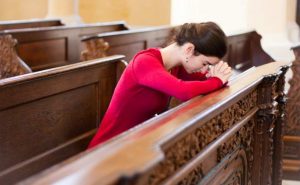 We are the Borg. Lower your shields and surrender your ships. We will add your biological and technological distinctiveness to our own. Your culture will adapt to service us. Resistance is futile.

In the fictional universe of Star Trek, the Borg are a collection of species that have been turned into cybernetic organisms functioning as drones in “The Collective,” which acts in a hive mentality. They assimilate new species into the Collective thus adding the new acquisition’s intellect and abilities. As part of the Borg, those assimilated become a small part of The Collective, and lose all sense of individuality.

Sounds familiar? It should because this is the ultimate goal of the ideologies plaguing our culture today – individualism and cultural relativism.

The number of Catholics in the US hovers around 70 million. Many see the Catholic Church in the US as respected and influential precisely to the extent that we hobnob with the elite and get people to like us. That’s how we make ourselves relevant.

On this view, the goal is to “build bridges.” Anything distinctively Catholic and Christian can be set aside until later. Once we have enough influence and relevance, then we (someday) can bring Christ back into the conversation.

But after decades of this failed strategy, still many strive to blend into an increasingly hostile culture, and most Catholics have no idea what the Church believes anymore or what is distinctive about her. We have been assimilated, and our assimilation into “The American Collective” has been disastrous.

Supported by a steady and gradual death of conscience, Catholics in the US rationalize immoral behavior and the politics that flow from acceptance of this behavior that is contrary to the teaching of Jesus and His Church. And still many are afraid to offend, setting Christ and His teaching aside in the search for relevance.

Over the last few weeks we have seen a number of articles from Catholic leaders concerning the upcoming elections. This is welcome and entirely appropriate, despite what some say. Yet, sadly, we are left trying to do in a couple weeks what many have set aside for decades and it will likely have little effect. We have done very little to influence the pool of potential candidates – Catholic and non-Catholic. Although there have been faithful and countercultural examples of courageous leadership in the Church all along, and it seems that pockets of resistance continue to grow, as a whole we have failed to authentically teach the Faith and reject assimilation into the culture. In the last few decades, Catholics as a bloc have become indistinguishable from non-Catholics, voting for some of the vilest opponents of Catholic teaching, especially concerning the sanctity of human life. Most notable was Barack Obama, who received a majority of Catholic votes in both presidential elections.

Catholics in the US are radically divided on the doctrinal and moral issues of contraception, abortion, same-sex unions, sex education, and gender ideology. Political candidates and their respective parties exploit this reality. Further exasperating the problem, many Catholics who rise to public service, instead of incorporating Faith into their leadership duties, have caused scandal and confusion by their dissent from Church teaching and endorsement of secular culture: Joe Biden, Anthony Kennedy, John Kerry, Tim Kaine, and Nancy Pelosi, just to name a few.

As a Catholic am I supposed to endorse the immoral laws and behavior of this nation carte blanche because we live in an imperfect culture among an imperfect people? Am I to ignore my identity as Catholic – a disciple of Jesus Christ – because it offends others? Am I to remain silent to the injustice done to the most vulnerable of our society – the unborn child – because my government says it is legal to kill the baby? Am I am to accept and pretend that the redefinition of marriage and gender ideology is morally sound?

It may seem at times that our efforts do not bear fruit. We see some victories, but overall it is clear that God is granting our nation its collective desire for a false “freedom” cut off from Him. But, my friends, resistance to evil and a refusal to be assimilated is never futile!

Consider a married Catholic couple I recently met. They told me they changed their circle of friends because their friends’ immoral behavior was harmful to their family life, especially for their children. At first they tried to patiently influence their friends, but when all attempts failed, they had to decide what was best for their family.

A medical doctor I recently met abroad was being persecuted because he will not write a prescription for contraception. He is being threatened with the loss of his license and potential livelihood. After numerous failed attempts to defend his freedom of conscience, he now is forced to move his family and practice to a new country.

Did this couple and the doctor make the right choices? Should the doctor have compromised – assimilated – and continued to partner with those he did not agree with because he could still do good work as a doctor – helping people in need? Should the married couple have maintained their friendship – assimilated – hoping that change would occur over time while tolerating the negative impact upon their children?

Keep watch over your manner of life, dear people, and make sure that you are indeed the Lord’s laborers. Each person should take into account what he does and consider if he is laboring in the vineyard of the Lord. – St. Gregory the Great

The command of the Lord Jesus, “You too go into my vineyard” is a universal call that echoes in every generation and is addressed to every one of us. Catholics in the US are not exempt from this duty in Christ, but as with every generation of disciples, the Lord Jesus is sending us out to the byroads and marketplaces to proclaim the Good News ­– Jesus is Lord and by His cross He has defeated sin and death!

We will shortly know the consequences of the elections, but no mater their outcome the task and challenge before us is clear – let us recommit ourselves to true and heroic discipleship, while at the same time defending life, family, the most vulnerable, and our Faith. Such a commitment allows God to raise people of virtue, good moral character, and skills worthy of leadership.

We have nothing to fear as long as we live and act with courage and in Faith. Resistance to evil is never futile; on the contrary, it is necessary.