People with severe brain injuries from accidents, strokes, illness, etc. are often in comas at first. If they don’t die or spontaneously wake up, they can progress to a “persistent vegetative state” (PVS) described as “awake but unaware” and/or a “minimally conscious state. ” MCS is described as [9] “definite, but extremely limited, awareness of self or environment, and limited means of communication.” 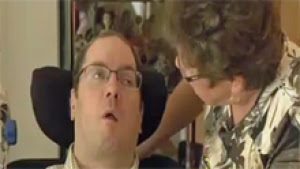 [10]People with both conditions have had court battles over removing their feeding tubes such as the 1988 Nancy Cruzan (PVS) and the 2001 Robert Wendland (MCS) “right to die” cases.

Now, an August 9, 2018, Medscape [11] article, “New Guideline for Minimally Conscious, Vegetative States Released,” reveals that three specialty societies, including the American Academy of Neurology, have just published a new guideline with 15 recommendations for “accurate diagnosis, prognosis and treatment for these conditions.”

The reason for the new guidelines, according to Dr. Joseph Giacino, who was one of the authors of the study, is because

“Misdiagnosis of DoC (“disorders of consciousness”) is common because underlying impairments can mask awareness — in fact, there is a 40% rate of misdiagnosis, leading to inappropriate care decisions as well as poor health outcomes.”

“Clinicians should refer patients with DoC (disorders of consciousness) who have achieved medical stability to settings staffed by multidisciplinary rehabilitation teams with specialized training to optimize diagnostic evaluation, prognostication, and subsequent management, including effective medical monitoring and rehabilitative care.”

“When discussing prognosis with caregivers of patients with DoC (disorders of consciousness) during the first 28 days after injury, avoid statements suggesting that these patents “have a universally poor prognosis.”

According to Dr. Giacino, “Approximately 20% of individuals who have disturbance in consciousness from trauma regain functional independence between 2 and 5 years post-injury, even though they may not return to work or pretrauma functioning.”

The study also cites as potentially helpful the drug amantadine [13] and brain imaging showing that the brain can still respond normally to stimulus even though the person seems unaware.

What about the “right to die” for these people? Ominously, the guideline does mention“1 study found that hospital mortality was 31.7%, with 70.2% of those deaths associated with the withdrawal of life-sustaining therapy.”

Is the “40% misdiagnosis” rate really news?

In the 1990s doctors such Dr. Keith Andrews [14] of the UK and U.S. doctor Mihai Dimancescu [15] published medical journal articles showing that around 40% of patients in a so-called “persistent vegetative state” were misdiagnosed. And in 1987, the Royal Hospital for Neuro-Disability in the UK opened a “vegetative state” unit and later developed the “Sensory Modality Assessment and Rehabilitation Technique (SMART)” as a clinical tool for the assessment and rehabilitation of people with disorders of consciousness following severe brain injury.

Despite this, most media stories about cases like Terri Schiavo’s and “right to die”/assisted suicide groups continued to insist that “PVS” is a hopeless condition for which everyone should sign a “living will” to ensure that food and water is withheld or withdrawn to “allow” death.

This happened despite articles like the New York Times’ 1982 article “Coming Out of Coma” about the unexpected return of consciousness of Sgt. David Mack over a year after the famous “right to die” neurologist Dr. Ron Cranford [16] predicted ”He will never be aware of his condition nor resume any degree of meaningful voluntary conscious interaction with his family or friends.”

There have also been articles about people like Terry Wallis [17] who in 2003 regained consciousness after 19 years in a “minimally conscious” state. Unfortunately, such cases were often explained away as just “misdiagnosis” or a “miracle.”

Just before Drs. Jennet and Plum invented []the term “persistent vegetative state [18]” in 1972, I started working with these many comatose patients as a young ICU nurse. Despite the skepticism of my colleagues, I talked to these patients as if they were awake because I believed it was worth doing it for the patient if hearing is truly the last sense to go.

Because of this, I unexpectedly saw some amazing recoveries. One patient later told me that he would only respond to me at first and refused to respond to the doctor because he was angry when heard the doctor call him a “vegetable” when the doctor assumed the patient was comatose.

Over the years, I’ve written about several other patients like “Jack”, “Katie,” and “Chris”in comas or “persistent vegetative states” who regained full or limited consciousness with verbal and physical stimulation. I also recommend Jane Hoyt’s wonderful pamphlet “A Gentle Approach-Interacting with a Person who is Semi-Conscious or Presumed in Coma” to help families and others stimulate healing of the brain. Personally, I have only seen one person who did not improve from the so-called “vegetative” state during the approximately two years I saw him.

It is good news that the American Academy of Neurology and other groups are finally rethinking their approach to people with severe brain injuries, especially the recommendation to start rehabilitation therapies as soon as the person is medically stable and the recommendation for periodic and thorough testing over time.

This is crucial because the often quick prognosis of “hopeless” attached to people with severe brain injuries can–and has–led to early withdrawal of feeding tubes and ventilators as well as DCD (donation after cardiac/circulatory death) [19] for these non-brain dead people.

Dr. Joseph Fins, MD, and chief of Medical Ethics at Weill Cornell Medical College perhaps says it best when he praises the new guideline as “a real step forward for this population that has historically been marginalized and remains vulnerable” and “suggests that brain states are not static, but dynamic, and that people can improve over time.