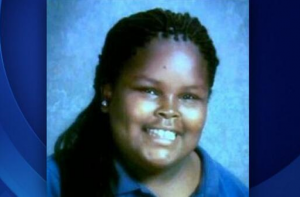 As the tragic case of British infant Charlie Gard nears a close, another family in the United States continues their fight for their severely ill daughter’s life.

Many LifeNews readers will remember Jahi McMath, the teenager who was declared brain dead three years ago after complications from a tonsillectomy. McMath remains alive at a New Jersey hospital where her family continues to fight for her rights.

Right now, McMath’s family is waiting for a court ruling on whether California, her home state, will revoke her death certificate, the AP reports [8]. McMath was 13 when doctors declared her brain dead at Children’s Hospital in Oakland, California in late 2013, and state officials issued her a death certificate.

Here’s more from the report:

Shewmon is a longtime critic of how brain death is defined and has filed similar court papers supporting efforts by McMath’s family to undo the death certificate. The family has previously shown video clips of McMath twitching her fingers, which they said showed she still has brain function.

Shewmon is a world-renowned expert on the brain and a professor emeritus at UCLA.

Based on the materials provided to me so far, I can assert unequivocally that Jahi currently does not fulfill the diagnostic criteria for brain death. The materials include extensive medical records from St. Peter’s University Hospital, which I am still in the process of reviewing, videos of Jahi moving her hand and her foot in response to verbal requests by her mother, images from an EEG done in her apartment on 9/1/14, images of a brain MRI scan done at Rutgers on 9/26/20-14, and heart rate variability analysis by my colleague Dr. Calizto Machado based on the EKG channel from 9/1/14 EEG.

Last year, her family said her body has not deteriorated as is typical with brain dead patients [10] on life support, and she is able to breathe on her own. A video showed her taking 14 to 15 breaths on her own in one minute at the prompting of her mother.

Her mother, Latasha Spears Winkfield, said they understand that Jahi’s brain is damaged, but they believe she still deserves a right to life.

Lawyers for the hospital say the videos do not necessarily prove that Jahi is not brain dead. They said Jahi’s movements could be “easily manipulated,” and the camera was located in a “convenient angle.”

A judge is expected to rule on Jahi’s life within the next two months, according to the report.

Bioethicist Wesley J. Smith, who has been following her case, wrote last year [11]:

If Jahi is alive, either the earlier death determination was mistaken or–and this would be huge–something never seen before in this field will have happened, a brain dead person recovering sufficient brain function to be deemed again alive. If Jahi lives, it will send shock waves through the medical, scientific, and organ transplant communities. ….But that’s tough. Our duty to Jahi, the integrity of the system, and the needs of scientific understanding require that the truth will out.