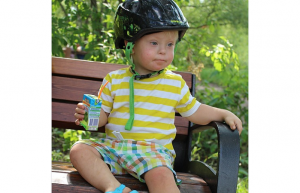 In news that shows how prevalent discriminatory attitudes towards babies with Down’s syndrome still are within the medical profession, a mother has spoken out about her horror at being told the point of prenatal screening was to abort babies with the condition.

Leah, a mother of two who did not give the BBC her full name, recently went for a dating scan and asked for the screening so she could be prepared if her baby had the condition, which it did not. She has a sister with Down’s syndrome, and told the midwife that she would not terminate the pregnancy if the test came back positive.

The midwife told her “the purpose of the test is for terminations”, and kept repeating the word for the short amount of time they were in the consultation. Leah said that had she not had experience with Down’s syndrome she might have gone along with the midwife’s insistence that it was normal to abort babies with the condition, something she described as “scary”.

“We came out of the consultation, my husband and I, literally as if we’d been punched in the guts. We were sat there with tears in our eyes looking at each other and we couldn’t believe what we’d just heard,” she said. “It was just horrible. Really horrible.”

The news comes as the Welsh Government has been forced to scrap a leaflet given to women who choose to have the screening, after it was criticised for overly focusing on medical problems their baby could face.

The information was produced to accompany a non-invasive prenatal test (NIPT) for chromosomal conditions which was rolled out by NHS Wales in April. Campaigners said pregnant women were being “pushed towards terminations”.

One mother said that the support offered is “totally biased towards termination” with counselling only offered to mothers who decide to terminate the pregnancy, and not to those who continue.

People, not a medical condition

In a letter to a campaigner Health Secretary Vaughan Gething admitted the initial booklets given to mothers having the test had to be replaced after the Nuffield Council on Bioethics said the information was “overly focused on the medical problems associated with the screened-for conditions”, “lacking in important information about NIPT” and “difficult to navigate”.

The new leaflet has altered some medical information, and states: “most children and adults who have Down’s syndrome lead healthy and fulfilled lives and are included in their community. Most say they enjoy their lives and relationships. Many adults are capable of work and live in their own accommodation, with support.”