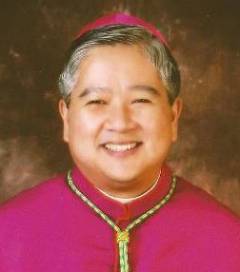 DAGUPAN CITY, Philippines, April 17, 2013 (LifeSiteNews.com [9]) – A leading Filipino prelate has issued a pastoral letter [10] encouraging Catholics to support only those candidates in the forthcoming election who “declare a categorical and clear NO to divorce, abortion, euthanasia, total birth control and homosexual marriages”

Most Rev. Socrates B. Villegas, the archbishop of the archdiocese of Lingayen-Dagupan, said that while the Church does not interfere in elections by endorsing candidates, it does offer guidance to voters to examine the candidates “from the viewpoint of faith and with the mind of the Church enlightened by the values of the Gospel.”

The archbishop offered ten concrete moral guidelines to the faithful in the light of which to consider the candidates, with the admonition that “If Jesus would vote, for whom would he vote? Vote like Jesus. If you cannot find Jesus from among the candidates just make sure you do not make Judas or Barabbas win.”

“We advise you,” the archbishop wrote, “not to vote for the candidates if: 1) The candidate cannot declare a categorical and clear NO to divorce, abortion, euthanasia, total birth control and homosexual marriages or D.E.A.T.H issues. Pro choice is anti life.”

The bishop also warned against voting for candidates who: are linked to the drug trade or illegal gambling; have a criminal record; support environmental degradation; failed to do anything to help the poor; have engaged in buying votes; have been unfaithful to their spouses.

Explaining that the influence of the Church is outside the realm of politics, Archbishop Villegas wrote, “When the Church endorses candidates in political elections she always ends up a loser.”

“The endorsed candidate may win in the votes but the Church never wins with him,” he continued. “In endorsing candidates, the Bride of Christ the Church tarnishes her spiritual mission with the stain of the mundane. The endorsed candidate might win but religion has been reduced to a political party; religion has been used for political gain and our spiritual mission has been compromised. We will be lonesome widows after the elections for marrying partisan politics during the campaign.”

The archbishop said that the Church, which he described as a “mother and teacher of voters and candidates together” as well as “the conscience of society,” can best contribute to the elections by encouraging prayer and maintaining “a reverential silence in the forum of public discussion.”

“Our best contribution is to pray that the Lord of history guide every voter and guide every candidate in the forthcoming exercise of civil responsibility,” he wrote, adding that, “if we cease to be a praying people and lose our link to God, our humanly inspired decisions can only lead to the loss of our soul as a nation.”

Archbishop Villegas said that “silence is the language of God,” and that “the silence of contemplation is the only antidote to the insane and ridiculous campaign strategies that we watch.”

“The silence of contemplation is the cure to the disgusting, unreal and chaotic flavour of the election period,” he wrote. “The Church can be a prophetic sign of the mystical silence of God in the midst of the cacophony of mud throwing and name calling in campaign platforms.”

The Philippine general election will be held on May 13, 2013. Complete election information is available on the Commission on Elections (COMELEC) website [11].