MANILA, April 23, 2013 (LifeSiteNews.com [8]) – With less than three weeks until the May 13 elections in the Philippines, one of the country’s largest Catholic archdioceses has prepared a list of candidates that have publicly taken a stand on the side of church teaching on pro-life and pro-family issues.

Speaking on the Mornings@ANC TV show [9], Lipa Archbishop Ramon Arguelles said the decision to distribute sample ballots containing names of candidates who are “one with the church on controversial issues,” came in response to requests from Catholics to the archdioceses for guidance.

“The people are asking to be told,” said the archbishop. “The others have made the choice but many want to know who are the right persons, so we make it available. We're starting to do that now.”

He said that the list of acceptable candidates was created after consultations with lay leaders, who ranked candidates according to their stand on abortion, divorce, the new reproductive-health law, and protection of the environment. 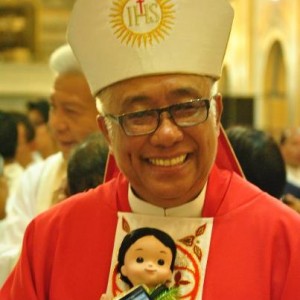 [10] Archbishop Arguelles said there would be no direct endorsement of individual candidates “right from the pulpit,” and candidates who actively sought the support of the diocese would not be given special consideration.

However, the archbishop has personally endorsed candidates of the Ang Kapatiran party (also known as the Alliance for the Common Good) for the May 13 elections.

“They are the only ones who are committed to promote what is good and true and godly. They stand not for self-interest but for the total good of all. In short they are not trapos (traditional politicians),” he said, according to a Philippine Star report [11].

“If the people would be convinced to vote for the good of their children and future generations, these good people will win handily. If we continue to destroy our country and future, the corrupt, the promoters of foreign interests, and the traitors will win with the cooperation of the paid media and hopeless citizenry. If we believe in the good, they are the right leaders for the right people … they would not sell their rights, the future and their souls,” Archbishop Arguelles said.