Amanda Schuster and husband Robert wanted to give their son Baron a sibling, but months went by and they weren’t conceiving. They underwent testing and discussed measures that might help, but before they could take any steps, they got a “beautiful positive test.” Then, after weeks of pregnancy bliss, the couple was devastated after a 20-week scan revealed a condition that would cause doctors to advise them to abort their baby girl immediately.

“At 20 weeks, we went in for the routine anatomy scan with no concerns whatsoever,” Schuster wrote in an essay for Love What Matters [9]. “We held hands and laughed when we saw her on the screen. We couldn’t wait for pictures to show her grandparents.”

That joy quickly turned to fear as the ultrasound technician became quiet and continually scanned the baby’s head. Then she excused herself to speak to the radiologist. Schuster knew that something was wrong.

The doctor informed the couple that there was an “anomaly” with the baby’s skull and they needed to go to maternal fetal medicine the next day for a better scan with more advanced machines. It was there that the doctor diagnosed their baby girl, named Emmy, with a type of dwarfism that she said would be fatal. She advised them to abort — and fast. 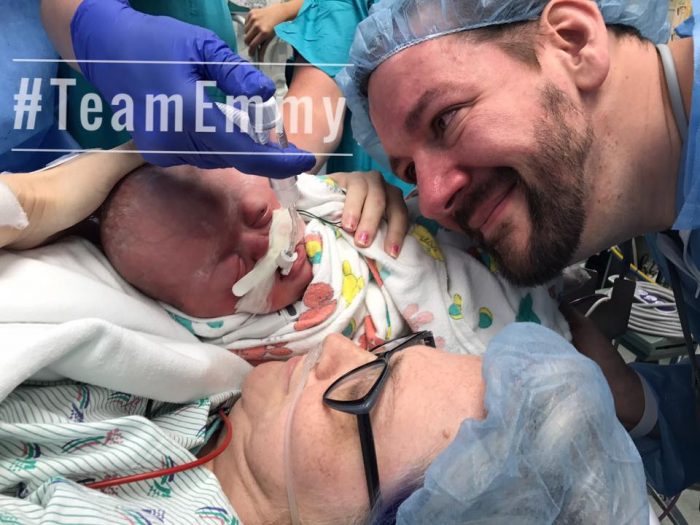 “This was taken after they had rushed her to the other OR to evaluate her breathing and we had been just waiting to hear ANYTHING. Seeing her and knowing that she’s breathing and doing okay was just so overwhelming.” – Amanda Schuster, Facebook [11]

“She told us we had to hurry because our time for legal abortion was coming to an end and I would have to fly out of state if I waited too long,” said Schuster.

Despite the pressure to make a decision, Schuster refused to make a decision so abruptly. She wanted a second opinion. The doctor referred them to another doctor in the craniofacial department who determined the original diagnosis to be wrong.

“He took one look at her scans and said that the initial diagnosis was completely incorrect and that he was 98% sure she’d have Pfeiffer Syndrome,” wrote Schuster. “He told us the good and the bad but assured us that she could live and have a very good life. She would need surgeries – probably many – but she could be a happy child with a fairly normal life.” 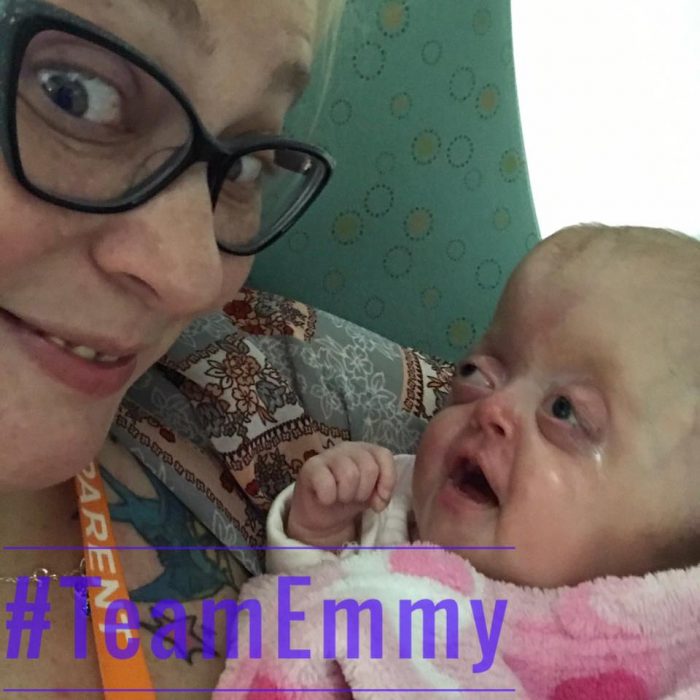 “She’s a very happy girl. She smiles all the time. She loves being held and cuddled and talked to and sung to.” – Amanda Schuster,Facebook [11]

People with Pfeiffer Syndrome have premature fusion of the skull during development. Because of this, the head and face don’t grow normally, eye sockets will be shallow and the face will be small, leaving the airway too narrow.

“Even though we had prepared ourselves the best as we could, it was still a shock to see Emmy in the flesh,” wrote her mother. “Her eyes were huge, her skull was misshapen, and they intubated her immediately before I even got to look at her. She also has the most beautiful blue eyes and dark hair.”

Schuster recalls that the delivery room was silent which carried an eerie feeling. Emmy was immediately whisked away to get checked out by the doctors. She had surgery to place shunt to drain the fluid, and would spend four months in the Neonatal Intensive Care Unit undergoing more surgeries and surprising everyone with her continued progress.

Now 18 months old, Emmy is doing well. She has had no less than 20 surgeries, including repairing intestinal malrotation, receiving a g-tube to help nourish her, a tracheostomy, and three skull surgeries to help her brain develop. She struggles with sleep apnea and will need more surgeries in the future, but she is a happy, well-loved girl who adores her big brother. 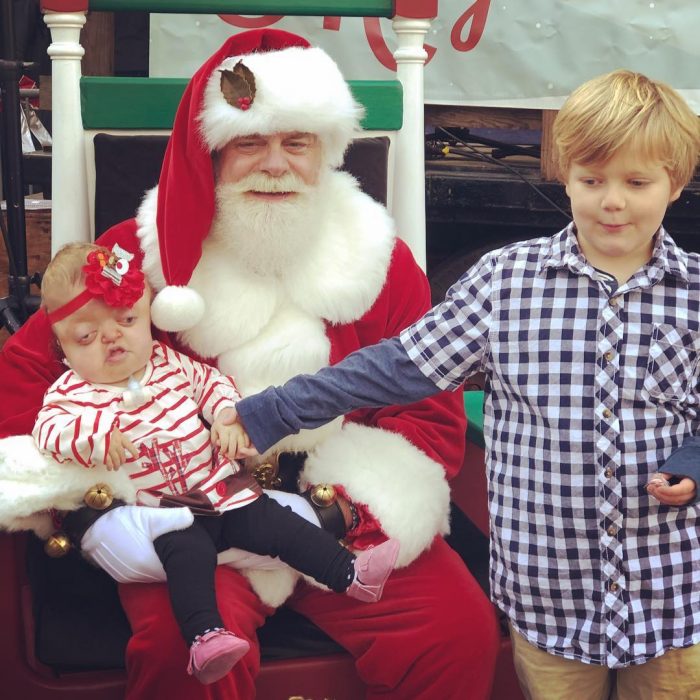 “[Her brother is] really going to be such a champion for her. He loves her just so unconditionally and it takes my breath away to just see how much love and adoration flow between them. They needed each other and they both lucked out in the sibling lottery.” – Amanda Schuster, Facebook [11]

“She’s doing remarkably well these days… probably more so than anyone ever expected,” said Schuster. “We’ve had hospital stays and emergencies, we’ve had PICC lines and long nights of worry, but she smiles through it all. She continues to grow and develop, albeit at a slower pace than other kids her age, but she shows a determination that is unbelievable. She’s got parents that love her, a brother that thinks she hangs the moon, grandparents that encourage her, and a team of doctors, nurses, and therapists that give her every tool possible to thrive.”

Her family knows that life won’t always be easy for Emmy and they worry about bullies in her future, but they hope that by sharing her story, other families will see that she’s a fun-loving child like any other and would love to play.

Doctors are often quick to advise abortion, especially if the state they work in has abortion restrictions. That pressure to abort can cause families to choose abortion without having the time to think it over. Families who are faced with this can learn something from the Schusters: always seek a second opinion. An obstetrician is a specialist in pregnancy and delivery, not in every health condition on earth. The Schusters followed their instincts, got a second opinion, and chose life for their beautiful girl who has become the light of their lives. 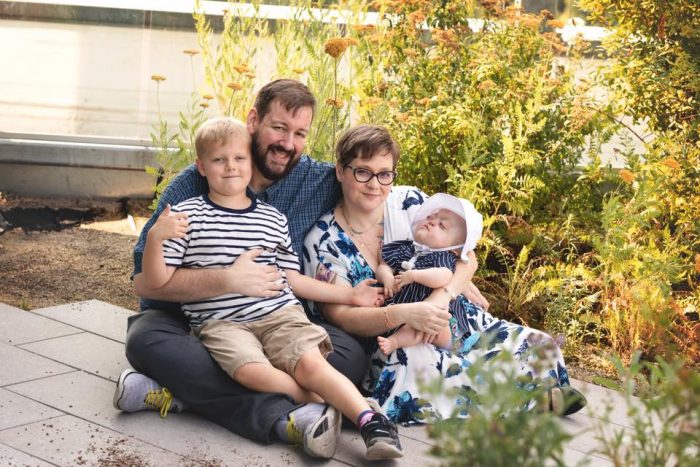