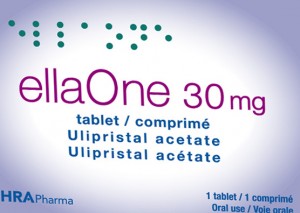 [8]London, England, Feb 2, 2010 / 08:31 am (CNA [9]).- A new “emergency contraception” pill called Ellaone is being distributed in the U.K. and claims to be effective up to five days after sexual relations. Some pro-life groups have opposed the drug, saying its use could kill a newly conceived human being.

Dr. Donna Harrison, president of the American Association of Pro-Life Obstetricians and Gynecologists, told ABC News that fertilization of egg and sperm can only happen within 24 hours of sexual relations. Any emergency contraception five days after intercourse must work by preventing the fertilized egg from implanting in the uterus.

“To label this as emergency contraception when it’s clearly an abortive action is dishonest,” Harrison charged. “This is a thinly-veiled attempt to get an abortion drug over-the-counter.”

The U.K. group ProLife Alliance said the pill, called Ulipristal Acetate, has the potential to act as an abortifacient. It said the drug could prevent a new embryo from implanting in a woman’s womb.

Joanne Hill, a spokeswoman with the U.K. pro-life charity LIFE, said the new drug will give women “a false sense of security “leading them to believe that their ‘mistake’ will be even easier to rectify than ever before.

“More casual sex and more unintended pregnancy will inevitably be the result.”

The pill offers no protection from sexually transmitted infections, she added, and voiced concern about the long-term effects of the drug on young women’s reproductive health.

Hill characterized the pill as “a means of early abortion” and said it could cause the same physical and psychological ill-effects as later abortion.

“This is another example of the pro-choice lobby peddling the myth that casual sex has no consequences.  There is always a price to pay – it could be your health, your emotional well-being, or the loss of a baby you never even knew you’d conceived – but there is always a price.”