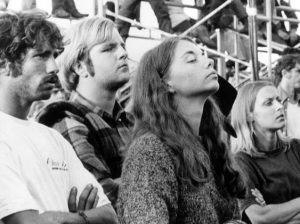 “Are we satiated? As a commodity, is junk sex now on the wane, just like shopping on the high street? Are the young beginning to recalibrate sex and also understand its invaluable connection with intimacy, social skills, self-awareness and mutual self-respect?”

Oddly, in a progressive culture which despises priestly celibacy, which is voluntary, some progressive writers are now willing to admit that the sexual revolution was a dystopic failure and that the rise of involuntary celibacy is “a sign of progress.”

That’s quite the admission. I wonder if they might actually arrive at a better view altogether. Sex is sacred. It is an earthly union which cooperates in the divine act of creating immortal beings. It belongs in the the temple of marriage alone, and nowhere else. Sex isn’t for selling, it’s for creating.

Men and women who give up this great good, this urge of our nature, should only do so for a much greater good: the salvation of souls. But most of us should not give up on sex. We should start trying to understand what it really is, and where it belongs.