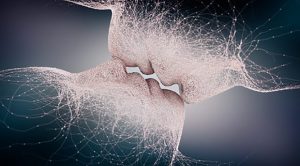 If we can befoul nature by violating its intrinsic order and beauty, can we do the same to human nature and, in particular, human sexuality? If intemperance and greed destroy the natural environment, do they also destroy the sexual environment? Can we measure that destruction, so that it is scientifically verifiable?

Yes. Our sexual environment is about as polluted as China’s air, and the harm caused by such pollution is just as scientifically demonstrable.

Readers will forgive me, I hope, if I have to treat some rather delicate topics in what follows. Talking about the evil effects of dumping raw sewage into our streams is much less embarrassing than examining the evils of dumping the parallel equivalent of raw sewage into our sexuality. But the seriousness of contemporary sexual pollution demands some candor on my part.

There is, quite literally, a world-wide epidemic of erectile dysfunction (ED) among young men, men less than 40 years old. While it is quite natural to have problems of this sort in men over 40 (although it has been made worse by increasing obesity and the diabetes that often comes with it), a significant rise in the number of young men with ED is historically unprecedented. In one study, one in four men seeking treatment for ED was under 40 years old—setting off an alarm for clinicians. In another, a third of young men were suffering from sexual dysfunction. A study (in Italy) uncovered a doubling of ED in teenagers in just eight years (2005-2013). A study in Canada found that over 50% of male teens reported some ED symptoms, with half of those being severe.

Pause here to consider this epidemic in an illuminating way. What if the world-wide population of pigeons, white-tailed deer, or dolphins were suddenly exhibiting just this kind of sexual dysfunction, thereby severely harming its reproductive capacities? Wouldn’t that be considered a kind of environmental crisis? Wouldn’t we be looking for causes, and attempting to help the poor creatures from sexual self-destruction?

As scientists now understand, addiction of any kind, including sexual addiction, “hijacks” the brain’s natural reward system, primarily by overworking the “pleasure” neurotransmitter dopamine. When our pleasure center is continually overstimulated, it responds by “dulling down” by producing less dopamine or eliminating dopamine receptors. That makes the addict continually look for a stronger “fix,” spending ever more time chasing ever more unnatural sexual stimuli. This is all scientifically verifiable, as part of the larger research done into addiction of all kinds and its measurable, deleterious effects on the human brain.

This cycle of addiction leads to further destruction of our sexuality and sexual environment. The first kind of destruction is social, or rather, it strikes at the very heart of the social order: marriage. The American Academy of Matrimonial Lawyers, the top 1600 lawyers dealing with divorce, report that 56% of divorces they deal with are the result of a spouse’s obsession with porn. If human marital love is the perfection of our sexual nature, then this is decidedly destructive and unnatural result. As sociologists and psychologist attest, destroyed families are a leading source of every kind of social disorder and pathology.

Again, step back and imagine an illuminating scenario, one based on actual scientific experiments. What if we found that the mating of adult male rhesus macaques in the wild was being significantly disrupted by prankster teenagers having hung pictures of female macaques’ hindquarters from the trees, which the titillated males soon preferred to the real thing? Wouldn’t we want to catch and punish the perpetrators and restore the macaques to sexual sanity?

Now think about this parallel as well. If any other animal exhibited this bizarre array of entirely unnatural sexual behaviors, every sane scientist would be looking for some destructive cause in the environment, some major haywiring of its DNA. But when it comes to human nature, somehow this scientific understanding of “natural” is dismissed without explanation.

All of this, we now understand, “re-wires” the brain’s pleasure system in regard to sexual desire, literally twisting natural sexual desire into ever-more unnatural and self-destructive addictions. For the sexually malformed, only the unnatural is desirable. That’s the result of what addiction scientists call “tolerance,” the above-mentioned dulling down of the brain’s pleasure circuits, and the consequent need for ever greater stimulation.

Given all that I’ve offered in the way of obvious, demonstrable ill effects on human nature, how could anyone deny that there is such a thing as sexual pollution? How much more destruction is needed? How much more harm can we sustain without social collapse? And finally, at what point will the sexual revolution admit defeat, and confess that the Catholic Church was right all along about sex.