Faith and reason are like two wings on which the human spirit rises to the contemplation of truth; and God has placed in the human heart the desire to know truth – in a word, to know himself – so that by knowing and loving God, men and women can come to the fullness of the truth about themselves.
– St. Pope John Paul II, Fides et Ratio, ¶ 1 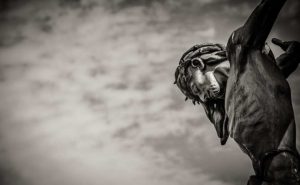 September 11, 2017 (Human Life International [8]) – Truth is known through a combination of faith and reason. The absence of either one diminishes the ability to know oneself, the world, and God. Human reason seeks truth; however, the ultimate truth about the meaning of life cannot be found by reason alone.

Sadly, the philosophy of relativism has poisoned our culture, which holds that all points of view are equally valid, and that all truth is relative to the individual. All moral positions, religious systems, political movements, etc., are truths that are relative to the individual. According to this philosophy, no system of truth is more valid than another. It rejects God – particularly Christianity – as well as objective truth and ethics (right and wrong).

Our pluralistic society wants us to abandon any idea of right and wrong. Those things once considered morally unacceptable – fornication, infidelity, pornography, and homosexual behavior – are now deemed permissible and even virtuous.

Skepticism about one’s ability to know truth has dire consequences both to the individual and society. The human person, left to human weakness and unbridled passions, inevitably walks down a path of tragedy – left adrift in a turbulent sea of uncertainty and hopelessness. The alternative is to walk in accordance with a moral compass, which guides, counsels, and provides shape to one’s behavior in daily life.

The unprecedented and relentless assault on the sanctity of human life, on marriage and human sexuality, and religious freedom will continue unless there is a genuine spiritual resurgence – faith and reason working in perfect harmony.

Christianity is not just about social action, or feeling good about one’s life, or working out one’s own salvation, or practicing one’s faith when convenient or opportunistic. Faith in Christ is about an unwavering commitment to Jesus, His mission, commands, and Church – to the truth about the human person.

Faith, then, must make a more substantial effort to become the “helper of reason”, so that reason can fully recover its own nature and competence.

Our Lord, in the parable of the Ten Bridesmaids, stresses to His disciples the need for greater vigilance and intensity of faith in response to the Christian vocation, as well as the sort of attitude we should have towards His coming – our posture remaining ever watchful, our love alert, and our daily lives filled with His Spirit.

It is not enough just to have started out on the journey that leads to Christ; we must be constant in our desire to remain on the narrow path and vigilant because the natural tendency of every person, due to a wounded nature, is to lower the level of self-giving that the Christian vocation demands.

Almost without realizing it, the disciple gradually – if he is unwatchful – gives way to the pressures of daily life and has the tendency to make Christ’s call compatible with a comfortable existence.

Saint Paul exhorted the early Church to be on guard against such a tendency:

I urge you therefore, brothers, by the mercies of God, to offer your bodies as a living sacrifice, holy and pleasing to God, your spiritual worship. Do not conform yourselves to this age but be transformed by the renewal of your mind, that you may discern what is the will of God, what is good and pleasing and perfect. – Romans 12:1-2

In the midst of this great campaign for life and family, it is easy to forget that the battle is primarily a spiritual one waged between principalities – with two diametrically opposing views about human life.

The spirit of the Culture of Death does not discriminate. It has set its will against the Heavenly Father and His eternal plan for humanity. The unborn, family, elderly, handicapped, sick, and poor are of no concern and are easily discarded. The Christian view of the human person and his eternal vocation is readily rejected and replaced with the modern day golden isms ­– materialism, hedonism, individualism, secularism, and relativism. The vile and profane are welcomed guests at this banquet, but all who forsake these self-made gods are banished and labeled as judgmental, intolerant, and discriminatory.

Even predominantly Catholic/Christian cultures – Western and Central Europe – having compromised their heritage in Christ, are suffering and are on the verge of collapse. Our families are victimized by ideologies and political agendas and aggrieved by a litany of afflictions: separation, divorce, pornography, infidelity, drug and alcohol abuse, suicides, domestic and societal violence, poverty, religious persecution and secularism – to name but a few.

A soul that chooses the comfortable path becomes lazy and weary, ignoring the call to pick up your cross and follow Me. Spiritual blindness is thus the only outcome for a soul that loses the attitude of vigilance, giving way instead to vice (sin) – allowing the flame of friendship with the Lord to flicker and die.

There is no doubt, therefore, that a ‘Kingdom of God’ accomplished without God — a kingdom therefore of man alone — inevitably ends up on the perverse end. – Benedict XVI, Spe Salvi, ¶ 23

What then is our response to such evil, hardheartedness, and spiritual blindness? The answer is holiness, vigilance, and perseverance. As we hear in the parable of the Ten Bridesmaids, five of the maidens were sterile – ill prepared and caught off guard – while; in contrast, the foresightedness of the five prepared maidens produced a far different outcome. With flasks of oil and with their lamps lit they welcomed the groom and entered the wedding feast.

The decision to follow Christ is born from being loved first and responding generously in Love. In Love one finds comfort, consolation, nourishment, assurance, guidance, and fortitude – a steady readiness to do all He tells you to do.

If we are to combat the Culture of Death and its self-serving ploys, we must be sincere with our Savior and remain close to Him at all times – we must be vigilant, faith-filled, and seek truth crying out, strengthen my faith, O Lord!