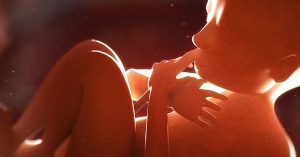 [8]Data collected by Prof. Abigail Aiken and the team at Project SANA (Self-managed Abortion Needs Assessment) do give us some valuable insight into exactly who is seeking chemical self abortion and why.

Distribution by age of those inquiring about abortifacients online tended to be about what they were for the general population of abortion patients. About 72% were under thirty, 24%-25% were women in their 30s, and between 3% and 4% were women over forty.

Just over half (about 53%) already had given birth to at least one child ; past national figures from the CDC put the number for aborting women who have already given birth at closer to 60%.

More than 7 in 10 (72.3%) reported the age of their unborn baby at less than seven weeks (the FDA’s original cut off for chemical abortions with mifepristone). The remainder said they were between seven and ten weeks pregnant (the FDA’s current cut off).

Though we know from reports that clinics across the U.S. have often attempted to chemically abort women with gestations greater than ten weeks, the Women on Waves (WoW) website currently tells women these pregnancies are too far advanced and will end the consult.

Because this data is based on self reporting, factual confirmation of these details are lacking. Moreover, there are still questions about the representativeness of this sample. Nonetheless, there are interesting claims made by women in the study about the circumstances under which they became pregnant and why they wanted abortions.

Reasons given for seeking to chemically self-abort were largely consistent with those we have heard for all abortions.

More than two-thirds (68.8%) simply said, ”I just cannot have a child at this point in my life.” (What this meant was not further specified in the form; women were able to pick out multiple reasons, so percentages do not add up to 100.)

Less than one in fifty (1.9%) cited unspecified “illness” as the reason for their abortion, while one in five (20%) simply stated that their “family is complete.”

Aiken and her team tried to generate separate statistics for those women contacting WoW from “hostile states” and those from “supportive states.” (The categories depended on how many laws had passed with regard to parental involvement, informed consent, abortion funding, clinic regulation, etc.)

Differences were slight with regards to gestational age, contraceptive use, and reasons for seeking abortion. Women from “hostile states”–those with more pro-life laws–tended to be more likely to have previously given birth (55.7%) than those from “supportive states” (44.6%).

Reasons for online abortion pills not as expected

Abortion advocates have tried to argue that limits on abortion in those “hostile” pro-life states are driving women to seek out abortion pills online. Despite their best spin and efforts, the data here in this study generally doesn’t seem to support that view.

For example, when asked why they were seeking abortion pills online from WoW, less than a fifth cited “state laws.” Just 18.1% cited this as a reason for trying to get the pills in the so-called “hostile” states, and almost as many (14.1%) gave this as a reason in states that the research team deemed “supportive.”

Beyond the low percentage, the minimal difference between perceptions in “hostile” versus “supportive” states shows that the actual presence or absence of such laws in a given state isn’t that big a factor in pushing women into the arms of the online abortion merchants.

What about the distance involved in having to travel to an abortion clinic, often cited by abortion advocates? This was slightly more of an issue for women in “hostile” states (29%) than it was for those in “supportive” states (21%). However this may be a function of geography (e.g., being in a state with a spread out population) or of their generally being a higher concentration of abortion clinics in those abortion sympathetic states.

The other reasons given for seeking abortion pills online are pretty much what might be expected of women looking for an alternative to an abortion at a clinic. About half said being able to abort in the “privacy” (49.3% for “hostile” states, 48.5% for “supportive” states ) or “comfort”(47% for hostile” states ,44.5% for “supportive” states) of their own home environment was factor.

This is something that was a huge early selling point for these abortions, attractive to those unaware of the physical dangers and psychological trauma associated with the chemical abortion process.

The quarter of potential WoW customers that said they sought the pills online because of the “ability to have others present” (25.3% for “hostile” states, 25.8% for “supportive” states) may have included some with a better understanding of the risk involved.

Less than 20% from either “hostile” or “supportive” states mentioned “perceived abortion stigma,” “protester harassment” or “difficulty finding childcare” as reasons they might prefer a method that would enable them to avoid going to the clinic.

By far, the biggest reason women gave for seeking out online abortion pills was the “cost of clinic abortion.” This was cited by 71.1% of women in “hostile” states and 62.9% in “supportive” states, tops in both categories. [1]

This clearly means that interest in online abortifacients is driven, not by those seeking a way around pro-life laws, but by women unhappy with clinic abortion prices looking for a bargain on the internet.

Either way, that’s an industry issue, a marketing issue, not a legal one.

These results presents the industry with a dilemma. Clinics are struggling to get enough clients to stay open, to pay the bills, cover the rent, pay the staff, and give the abortionists their cut. Cut prices and the margin is even lower.

Online abortion pill peddlers don’t have all the overhead of a physical clinic, all the extra employees, thus enabling them to charge lower prices. The more women go online for their abortions, the less business there is for the “brick and mortar” clinics.

This may explain why you see other people and other groups out there promoting these online pills but not abortion giants such as Planned Parenthood.

More a marketing report than a study

Ostensibly a study to show how pro-life laws are driving pregnant women to seek the means to self-abort online, Aiken et al.’s study instead exposes how well the abortion industry’s widely touted and heavily promoted effort to come up with a new and improved abortion method to address problems with clinic abortions like cost, time, travel, etc., is faring.

The answer appears to be “not well.”

There are some women, accustomed in this day and age to shop for bargains on line, who are looking for something cheaper, something better that they can get at home rather than the expensive, inconvenient abortions for which they’d normally have to take the day off work and drive to the abortion clinic.

The pitch of a cheap, easy, safe abortion a woman can do in the privacy of her own home is clearly attractive to some women, even if the reality is something far different. What should be surprising to the Aiken team is how relatively few women seem to have sought the option.

Advocates of “self-managed abortion” are anxious to portray this as an “access issue,” where state laws and FDA drug policies interfere with a woman’s ability to exercise what they think is her “right to abortion.” Creating “evidence” of this supposed interference and demand is a critical part of making their case to the FDA to loosen controls on prescription and distribution of these abortion drugs to overcome these barriers.

Although that was clearly the intention of this study’s authors, their data tell us it really wasn’t the reason most of the women sought the abortion pills online. They simply weren’t satisfied with the product and the prices currently being offered at America’s abortion clinics.

Eventually, in spite of the latest marketing pitch, women will figure out that it is the same product, just with new packaging being delivered in a new and riskier setting. And no matter the price, they will discover that the cost in lost lives and wounded souls is just too high

[1] That about 8% fewer in the “supportive” states mentioned cost in some cases may be because many of those states cover abortions with state funds.

LifeNews.com Note: Randall O’Bannon, Ph.D., is the director of education and research for the National Right to Life Committee [9]. This column originally appeared at NRL News Today [10].