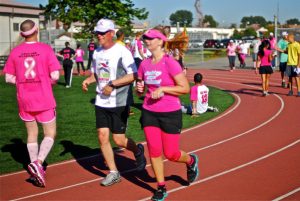 For many women, the decision to go on birth control is a normal part of womanhood. At well-woman checks and appointments after a baby’s birth doctors say it’s time to talk about birth control, and the general assumption is that you’ll use birth control until it’s the perfect time to have exactly as many kids as you want.

Birth control, especially the Pill, is interwoven with women’s health care, and access and funding for contraception has featured heavily in recent years with the debates on insurance policies and coverage. A new study has introduced a troubling concern for a medication so ubiquitous in most Western women’s lives, finding that the Pill might be putting women at significantly higher risk for breast cancers.

Combining data from 12 previous studies looking at the health histories of American and European women from 19 to 40 years old, researchers from the University of Michigan discovered that some types of hormonal birth control increase women’s progestin levels fourfold. In addition, ethinyl estradiol, an artificial estrogen strongly correlated to breast cancer, was increased by 40 percent in women who use some forms of the Pill.

When medications are widely prescribed without careful and deliberate attention paid to serious and potentially fatal side-effects, it’s a disservice to women. Birth control has been widely prescribed in America since 1960 when it became legal for contraceptive use, and with Griswold v. Connecticut in 1965 Supreme Court made it unconstitutional for the government to deny birth control to married couples. Instead of the legality or morality of birth control, the focus here is on product safety.

Generally, we take medications to improve our health, or to treat a condition that’s hurting us. Is the Pill, in its current formulations, really doing either of these things? Or is the Pill instead increasing cancer risks in normal, healthy women? How does that relate to the broader societal treatment of women’s fertility as a disease to control, despite the increasing list of negative health effects for women?

Cancer isn’t the only frightening risk of the Pill. Another recent study showed that blood clots, some of them serious enough to cause permanent injuries or death, could be far more common than originally thought, and doctors often do not discuss these risks with women. Other troubling risks include weight gain and mood disorders that can become serious enough to cause suicidal thoughts and urges. Add in that the Pill can wreak havoc with a woman’s sex drive, and it’s clear that the effects of the Pill are far-reaching for women and men who love them.

Women Deserve Better Research and Care
“Not enough has changed over the generations of these drugs, and given how many people take hormonal birth control worldwide—millions—the pharmaceutical industry shouldn’t rest on its laurels,” said Beverly Strassmann, one of the study’s authors. The pharmaceutical industry is a multi-billion-dollar American institution, and there’s no good reason for a widely used medication class to not be continually striving to improve safety.

Hormone Replacement Therapy or HRT, the hormone therapy used to decrease negative symptoms of menopause, changed radically after the Women’s Health Initiative study results in 2002, when they concluded the hormones used could increase cancer risks. Strassmann rightly noted that since the correlation between synthetic hormones and breast cancer isn’t new news to clinicians, it’s important to research if that link extends to birth control pills.

It’s especially important to consider these health concerns with the newer, often lesser-researched types of Long-Acting Reversible Contraception, which some are targeting at vulnerable young and poor women. Since screenings for breast cancer are more difficult to schedule, and mammograms less effective for young women, the breast cancer risks with hormonal contraception need to be taken seriously in these populations. Outside age, poverty is its own common barrier to timely cancer screenings.

With this study, we now know that there is a relationship between birth control pills and the hormonal changes associated with breast cancer. It’s time to seriously consider the health impact of the Pill on American women and families. Birth control is part of the modern American way of life. If that way of life increases the risk of life- altering cancer, those risks need to be clearly shared with women before they ever start taking the Pill, and regularly thereafter as knowledge increases.

More women may also wish to consider whether the social script of treating their body’s natural fertility like a disease is worth the noticeable spike in lifetime health risks numerous studies have now demonstrated, especially when studies often come years after thousands of women are irreversibly harmed. We’re more than 50 years after the Pill, and only just now finding out about the dramatic increases in breast cancer and other risks. What else will we know in another 40 years?

Holly Scheer is a writer and editor. She’s fascinated by politics, culture and theology. Follow her on Twitter @HScheer1580.