Note: Part one of Father Boquet’s series may be accessed here. [9]

Released in 1968, at the height of the hippie revolution with its optimistic doctrines of “free love” and emancipation from tradition and authority, Pope Paul VI’s encyclical Humanae Vitae was widely dismissed as the proverbial killjoy at the greatest party the world had yet seen: the sexual revolution.

Blessed Paul VI’s four “prophesies” about what would happen if contraception became normalized – from an increase in marital infidelity to totalitarian implementations of forced birth control [10] by governments – are certainly bleak. However, it is worth drawing attention to another set of predictions contained in Humanae Vitae, ones that get far less attention than they deserve.

Speaking of married couples who opt for self-control and periodic continence, rather than contraception, in order to plan their family, the pope wrote that this effort enables:

…husband and wife to develop to their personalities and to be enriched with spiritual blessings. For it brings to family life abundant fruits of tranquility and peace. It helps in solving difficulties of other kinds. It fosters in husband and wife thoughtfulness and loving consideration for one another. It helps them to repel inordinate self-love, which is the opposite of charity. It arouses in them a consciousness of their responsibilities. And finally, it confers upon parents a deeper and more effective influence in the education of their children. As their children grow up, they develop a right sense of values and achieve a serene and harmonious use of their mental and physical powers.

“Tranquility,” “peace,” “charity,” “thoughtfulness,” “loving consideration,” “serene,” and “harmonious.” The language of this paragraph, and others like it in Humanae Vitae, suggest that Pope Paul VI was far less interested in forbidding certain behaviors, as seeking to protect something that he saw to be good, beautiful, and – at the time he was writing in the 1960s – extremely vulnerable.

Time and again, Pope Paul VI insists that he is not imposing some arbitrary standard, but instead pointing to an order that is woven into the fabric of the universe, and which humans transgress at their peril. Human beings are made in the image and likeness of God. Their sexual faculties, with their creative potential, are designed by God [11] to be used in a certain way, mirroring God’s own self-giving love and creative fecundity. Human beings’ technical triumph in suppressing the creative potential of sexual intercourse does not, he warned, alter that underlying design. For that reason, the technological triumph is only apparent, a meaningless victory.

To those who were urging the pope to “change” the Church’s teaching on contraception, the pope could only throw up his hands and reply, “Since the Church did not make either of these laws, she cannot be their arbiter—only their guardian and interpreter…” By “respecting the laws of conception,” he said, a married person acknowledges that he is “not the master of the sources of life but rather the minister of the design established by God.” Were he to declare contraception moral, the pope would be proclaiming right something that “by its very nature, is always opposed to the true good of man.”

“In preserving intact, the whole moral law of marriage,” he added, “the Church is convinced that she is contributing to the creation of a truly human civilization. She urges man not to betray his personal responsibilities by putting all his faith in technical expedients. In this way she defends the dignity of husband and wife.”

..And a “General Lowering of Moral Standards”

A “truly human civilization” is the same as the “civilization of love” – a term popularized by St. John Paul II, but in fact coined by Blessed Paul VI himself. This is a civilization characterized, above all, by the loving regard that its citizens have for one another, a love that, as St. John Paul II so often insisted, must begin in the family, the schoolroom of virtue. This love is not the rapacious, violent love of those who are seeking to “get” whatever they can from another, but the peaceful love of those whose primary motivating goal is to “give” to the beloved.

Pope Paul VI was worried that contraception drives a wedge in the very heart of the heart of the civilization of love: the family. In so doing, it will have ripple effects far beyond the relationship between the husband and wife. It will start there, of course – hence his prophesy about an increase in marital infidelity, which we looked at last week. But spreading from the sanctum of the marital bedroom, contraception will, he warned (his second prophesy), lead to a “general lowering of moral standards.”

Granted, this prophesy is extremely broad. In some respects, it virtually contains the other three prophesies, which all predict some deterioration in moral standards in some particular area of life. But it also goes beyond them, suggesting a far more global threat, affecting all areas of human life, and not just sexual morals.

Nevertheless, it begins with a deterioration in standards of sexual morality. And who, looking around, can possibly deny that there has been a catastrophic deterioration on this front?

I thought of Pope Paul VI’s prophesy this week while watching this stomach-churning propaganda video [12], recently produced by the CBC, the government-owned Canadian media giant. In it, the chipper host, Jessi Cruikshank, waving a rainbow flag and surrounded by rainbow balloons, discusses “gay pride” with a group of little children. As if she knows what “gay pride” is, one little girl pipes up, “Gay pride is, like, where all the gay people, transgender, lesbian, bisexual people gather up and celebrate.” The low point of the video might be when Cruikshank happily recounts to the children how when she was a kid she repeatedly watched the film Nell, which features nude scenes with the actress Jodie Foster. Foster, she said, “made me question my sexuality when I was a child because I like her so much.”

At one time, Cruikshank’s decision to expose young children to explicit, and deviant sexual ideas, would have resulted in accusations of child abuse. In 2018, however, her video has been viewed millions of times, and earned her plaudits from across the echo chamber of the media.

Indeed, it sometimes seems that absolutely everywhere one turns, one is confronted with a perverse, in-your-face, and graphic sexuality. 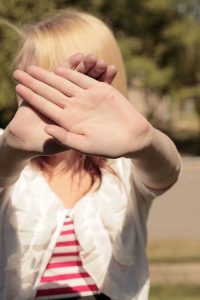 Over the next month, for instance, dozens of “gay pride” parades will take place across North America and Europe. Millions of people – including many of our most prominent politicians – will attend these parades, often with their children in tow, to watch completely nude marchers, men in sado-masochistic paraphernalia, and floats with drag queens and gyrating men in underwear.

It’s all so bleak, and tawdry, and degrading. And that’s just the tip of the iceberg. Is there no shame left?

In explaining why he expected this lowering of moral standards, Pope Paul VI wrote: “Not much experience is needed to be fully aware of human weakness and to understand that human beings—and especially the young, who are so exposed to temptation—need incentives to keep the moral law, and it is an evil thing to make it easy for them to break that law.” That, the pope is suggesting, is precisely what contraception does.

And he’s obviously correct. Contraception is routinely presented by our sex educators as making possible the enjoyment of the pleasures of sexual intercourse without any of the traditional “risks.” Young people who accept this message (as most do) are thus led to believe that they can have all the sex they want, without worrying about the consequences.

As is the case with all sinful behavior, however, these alluring promises are far more illusory than real. As Pope Paul VI warned, the natural law will not be subverted. Not only has readily available contraception not eradicated the risks of sex, it has led more or less directly to a staggering explosion [13] in the rate of the transmission of sexually transmitted diseases.

As the pope feared, the (apparent) removal of the most obvious incentives to keeping the moral law regarding sexuality led to a huge increase in casual sex. More importantly, however, it has generated what has been called the “contraceptive mentality.”

At the basic level, the contraceptive mentality is a collective form of wishful thinking. Its essential (and catastrophically wrong-headed) premise is that sex and conceiving babies have no intrinsic connection. Sex is one thing, and baby-making is another. Maybe they once had something to do with one another. But technology has changed all that. Sex is primarily about pleasure, and perhaps (though not necessarily) forging a bond with another human being. If one wishes to connect sex with babies, one may do so. But that is a choice. Furthermore, and most wrong-headed of all, the contraceptive mentality holds that we have a right to expect that sex will not lead to babies, and that if “by accident” it does so, we have no responsibility to accept or deal with the consequences.

But the contraceptive mentality also has a much deeper, and even more pernicious principle: namely that it’s ok to use another person for our own benefit and pleasure. Sex (which, when used according to God’s plan is an expression of the highest, most sublime love of one human being for another) thus risks becoming at heart a selfish transaction.

When this principle is enthroned in the heart of the family, infecting the union between husband and wife, it is not likely to stay there. This, I think, is why Pope Paul VI warned about a “general lowering of moral standards,” and not just a lowering of sexual moral standards.

At its worst, the contraceptive mentality leads directly to murder: the wanton slaughter of untold millions of our unborn brothers and sisters [14], the “unwanted” products of sexual relations pursued without regard for the consequences. There are even valid arguments that the contraceptive mentality is also behind the rise in that other legalized form of murder – “euthanasia.” Many older people are reaching old age without any children to take care of them, or with children who have absorbed the principle of selfish self-seeking and who are therefore uninterested in caring for their parents. Euthanasia presents itself as the easy way out.

There are myriad of other deep connections that could be made – at least in part – between contraception and many of the woes in our society: The epidemic of fatherless households, for instance, which is in turn connected to violent and anti-social behavior in their children; a crisis in trust for children who have been victims of divorce, which tends to affect their own relations with their future spouses and children; a rise in a consumeristic mentality that puts selfish desires first; a widespread breakdown in trust between the sexes, etc. This is, however, an investigation for another day.

In the 1960s it seemed to many that the choice about whether or not to use contraception could not possibly have any significant consequences. We now know better. Which will we choose: the rapacious, violent, restless, sterile and numbing sexuality of our porn-saturated culture, or the tranquil, peaceful, thoughtful, loving, and fecund love of a husband and wife who have learned to control their passions [15], and to turn them outwards, in a loving act open to the possibility of procreation?

Next week we will look at Blessed Paul VI’s third prophesy in Humanae Vitae.