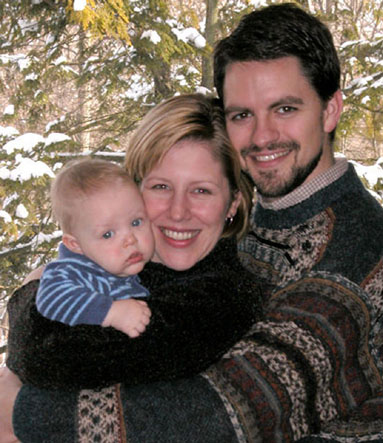 In 2005, my husband, Tom, and I relocated from Ohio to upstate NY with three young children in tow. God provided for us, and we quickly made wonderful and faith-filled friends. Soon after settling in, I was invited to a “mom’s dinner,” an evening out to get refreshed. There, I was introduced to Joan, who was at the time the mother of nine and newly expecting her tenth. I looked at her in awe, unsure how anyone could have nine children!

“Oh,” she exclaimed, “you’re in the darkest part of motherhood! It’s going to get better!”

Joan was elegant and well-spoken. She turned to me and cheerfully asked, “So, what are the ages of your children?” I answered a bit sheepishly, “4 ½, 2 ½, and 1 ½,” unsure of where the conversation was heading. “Oh,” she exclaimed, “you’re in the darkest part of motherhood! It’s going to get better!” Say what? I was totally surprised, and frankly, relieved.

Instead, I had braced myself for some sort of motherhood fish story, the kind of rivalry that a soon-to-be-mother-of-ten could handily win every time… like, “Oh that’s nothing! You should walk a day in my shoes,” or “Just wait till you have six more and see how many loads of laundry you’ll have to do then!” or “Let me tell you about the time that eight kids, plus the husband and the dog, were all vomiting in our 12-passenger van during a 36-hour pilgrimage to EWTN!” Yikes! What could top that??

But that’s not the treatment Joan gave me. It was just…sympathy. Real, heartfelt sympathy from a more experienced mom to a newer one. Wow. It was as if a huge weight was lifted from me, and I was filled with hope. “It’s going to get better? Really?” I didn’t know it at the time, but Tom and I were in the “Tunnel of Parenthood: The First Five Years.” Now that we have emerged from the Tunnel, I have grown more and more convinced that those were indeed the hardest years.

It’s not the mere fact of having children under the age of five in the home that makes it the Tunnel; it’s going through the parenting of children under five for the first time. The very young child’s stages of development are rapid-fire and, when you’ve never experienced them before, are at times baffling. It all slows down after age five. Meaning, the differences between a 1-year-old and a 2-year-old are vast compared to the differences between a 5-year-old and a 6-year-old. It is a literal whirlwind from zero to five.

More than that, in the first few years, parents are “on duty” all the time in a very physical way. It can be plain exhausting when the little ones are getting all of their needs met by Mom and Dad, and those needs are immediate and primal. Feed me! Change my diaper! Hold me! Play with me! Make my dollie talk! Push me on the swing! And on and on. I remember when the mere act of strapping three young kids into their car seats was like an athletic event. Parenting in the Tunnel requires a very bodily sacrifice from Mom and Dad.

While new parenthood is certainly joyful and miraculous, the years in the Tunnel can also be frightening, overwhelming and anxiety-producing. I have known many parents with two young children who say with conviction, “We couldn’t possibly have a third!” They often are working under the assumption that adding another baby would exponentially increase their current burdens, and they predict (incorrectly) that those burdens are permanent and unchanging.

How many decisions for sterilization are made during this stage of parenting, only to be later regretted?

Now that Tom and I are out of the Tunnel, we have found that each new child brings a paradigm shift to the family, and we all adjust together to that new reality. Welcoming another child after the first one is over the age of five is nothing like having a baby when you’re in the Tunnel. Our number four, Anthony Jack, came into our lives when the older three were 6, 4, and 3, and it was a revelation to see how much easier it was, repeat c-section and all. We had a better handle on what we were doing as parents, but most of all, little AJ had an older brother and two sisters to talk to him and play with him and love him. I know it’s been said by others, but how true: adding another child doesn’t divide your love, it multiplies love in the family.

When in public, I enjoy searching out parents who are in the Tunnel. It turns out they’re very easy to spot, and not just for the obvious reason that there are babies and toddlers crawling on them. There’s a subtle look of shock on their faces, maybe a combination of sleep deprivation, battle fatigue and confusion. It is always fun to approach them and tell them, “Congratulations!” Then, I tell them that they are in the Tunnel of Parenthood and that it’s the hardest part. They may look bewildered at first, then relieved like I was.

I tell them that the next baby will be easier, and they’ll often reply that they’re “done.” “Never say never!” I assure them. It’s impossible to decide today how you will feel next year or the year after that. The decision to get sterilized is often made based on feelings, albeit very vivid feelings. After number four, I could easily imagine being “done” myself with childbearing. Thanks to NFP, we revisit that question each cycle, and somehow, slowly and imperceptibly, that openness to number five has crept in.

Joan always says, “God sends each baby with a loaf of bread under its arm!” She should know, after ten children. Now that we’re out of the Tunnel, it’s easier for us to see as well. If you know a couple in the Tunnel of Parenthood, give them some encouragement and see if you can lighten their burden just a little. That may be all they need to open their hearts to one more soul in their family (and then another!). Their future children will thank you for it!

Emily Sederstrand
Freelance Speaker / Fertility Educator
”When you tell a woman how she’s made,
you’re telling her about her Maker!”

“My husband and I have a slogan: ‘It’s a sin to bore a couple with Natural Family Planning'”
sederstrand@earthlink.net [8]

Emily Sederstrand was recently interviewed on the Quest [9]. Click below to hear the interview. http://onemoresoul.com/audio/20110906quest.mp3 [10]