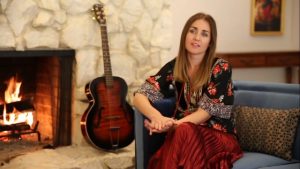 [9]Producing a film that argues for the moral and practical superiority of natural family planning over modern contraceptive technology when practically “everyone” takes the latter approach for granted must be either an act of madness or an act of faith. “Sexual Revolution: 50 Years Since Humanae Vitae”, is both.

But it is more: the documentary, inspired by the prophetic encyclical of Pope St Paul VI, is also a testament to reason and to truth; philosophical reason, scientific truth.

The film tilts towards a Catholic audience (funding issues alone made this necessary) and it’s Catholics who are in most need of hearing its message. As popular writer Peter Kreeft says at the beginning, there is no Catholic teaching more “despised, hated and disobeyed” – by Catholics themselves –than that contained in Humanae Vitae.

Yet the number of true believers is not small and their intellectual leaders are impressive. Witnesses assembled by the film’s director Daniel diSilva include some of the biggest Catholic names in American scholarship: Robert P. George, Janet Smith, Helen Alvare, Brad Wilcox, Mary Eberstadt… Theological writers and apologists such as Dr Kreeft and Chris West appear in a line-up that includes Archbishop Charles Chaput of Philadelphia and Archbishop Anthony Fisher O.P. of Sydney.

Not least in this gallery are the scientists dead or alive, who gave a large part of their lives to setting natural family planning on a sophisticated, scientific footing: Australian neuroscientist John Billings and his paediatrician wife Evelyn; New Zealand chemist, James Brown; Swedish physicist and gynaecologist Eric Oderblad…

And the narrator is a young woman who knows one of the downstream effects of the Pill from personal experience: Alana Newman, long-haired, strumming a guitar and singing of love, evokes the era of Woodstock and “free love” even as she speaks about of the wound of not knowing her father, not even who he is. The child of an anonymous donor, she created an organisation for such victims of the reproductive anarchy unleashed by the Pill: Anonymous Us.

For all the weight of authority in its cast, however, the project is up against a massive wall of prejudice.

The vast majority of people cannot see anything wrong with the Pill and other modern forms of contraception. Though some have practical problems with it, moral and philosophical objections don’t wash with the general run of humanity. How could you question the value of something that has shaped society as we know it, liberating women from constant childbearing, allowing them to use their brains and earn their own money, slowing population growth and thus protecting the planet we live on?

As the various experts in the film demonstrate, however, these grand claims wilfully ignore the damage that contraception, with its promise of “free” and “no consequences” sex, has done to individuals and society: the explosion of single motherhood and fatherless children; the decline of marriage, delayed parenthood, disease, infertility and the boost it has given to embryo experimentation, anonymous donor dads and poor women exploited as surrogate mothers; and, of course, countless millions of abortions of “unwanted pregnancies” – to name only the most obvious harms.

Women themselves have been kept in ignorance about the physical risks of hormonal contraception: its contribution to breast and cervical cancer, blood clots and strokes, and harm to the reproductive organs themselves, such as premature ageing of the cervix — a cause of infertility.

Indeed, there is a general unwillingness to teach women to understand their reproductive system and thus give them the choice to work with its natural symptoms and rhythms to achieve, with spouses or partners, their own family goals. Public and private interests alike would prefer to see healthy women medicating themselves daily for years on end rather than taking control of their own bodies, though the latter was always supposed to be the goal of “women’s liberation”.

The decades-long effort to make out that NFP is unscientific and very unreliable – even to persistence in referring to it as the “rhythm method”, which was based solely on charting the menstrual cycle – hides the truth of the painstaking research that has gone into identifying changes in cervical mucus as the key indicator of ovulation and the monthly fertility window.

(The focus in this film is squarely on Billings Ovulation Method of NFP, which relies on mucus symptoms only. Some NFP organisations insist on the necessity of charting temperature as well.)

The history of this research is probably the most important aspect of the film for younger adults, most of whom will have no idea that there were two paths to choose between back in the 1960s. No idea of the eugenic inspiration for mass contraception (ask Black America), of its unethical testing, and the way it prepared the ground for population control programmes in China, India and elsewhere, involving massive abuse of human rights.

And no idea, either, of how to read their own bodies and respond with appreciation and respect. This is particularly hard for a generation who have learned that the body is something you can change to suit your own idea of sex and sexuality. But the seeds of this idea were already present 60 years ago when the Pill told us that the body is just something to use, not something with its own laws, which we disregard at the risk of disease and unhappiness.

Commercially, it was a “very clever idea to get every woman on earth to take a pill [nearly]every day of her fertile life,” says Archbishop Fisher in the film. “Now we know how this technology messes up the body and relationships.” And again, “Are we any happier? Better at maintaining our marriages? Demonstrably not.”

At the close of the film he looks forward to a natural family planning counter-revolution that will sustain what John Paul II called “a civilisation of life” and love, and sees forces in Western culture at the moment that “point exactly in that direction.”

I think he is right. After all, everyone wants to be healthy and happy – two things that are eluding many of us today.

For more information about this film: https://www.sexualrevolutionmovie.com/ [10]