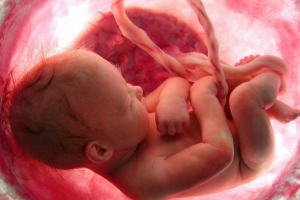 [7]A remarkable, cutting age medical intervention has given joy to a family and life to their baby boy who was threatened by a rare illness in the womb.

Baby Edward, also known as Teddy, developed anaemia whilst inside the womb. In response, Doctor Amarnath Bhide, used an ultrasound sensor to insert a needle through the uterus and into the umbilical cord which injected Teddy with donated blood.

Teddy received five blood transfusions before he was born, these were some of the earliest in-utero interventions to ever be performed.

Whilst the life-saving intervention performed on unborn baby, Teddy, is indeed ‘extraordinary,’ the option of in utero surgery, which can save and improve the life expectancy of unborn children, is becoming a far more positive prospect.

In May of this year, the UK witnessed the astonishing account of doctors who performed key-hole surgery on an unborn baby with Spina Bifida, which was the first operation of its kind in the United Kingdom. Unborn baby, Jaxon, received the operation at just 27 weeks gestation, and as a result had the ability to move his legs after being born six weeks later.

Similarly, unborn child, Ethan Leibbrandt, underwent in utero surgery to remove the benign tumour which consumed 50% of his lung space. The in utero surgery was successful and life saving as without it, Ethan would have died of cardiac failure.

SPUC Scotland, Director of Communications, Michael Robinson, said: “The early interventions that can now be used to treat and save unborn children are truly astonishing. The story of Edward once again proves that science is on the side of the pro-life movement. Indeed, scientific developments and new technology is now instilling a sense of awe that society never really had before, about the beauty and dignity of every unborn child.”

Mr Robinson continued: “This case illustrates the terrible irony that medical teams spend enormous effort, time, and money to deliver babies safely and nurse premature infants back to health. Yet, in the UK we routinely and deliberately end the lives of 600 babies a day. Whilst pro-abortion campaigners insistently refer to unborn children as ‘blobs of cells’ or ‘parasites’, the use of in utero surgery, highlights that unborn children are human and worth saving and protecting.”

LifeNews Note: Courtesy of SPUC [8]. The Society for the Protection of Unborn Children is a leading pro-life organization in the United Kingdom. File photo.