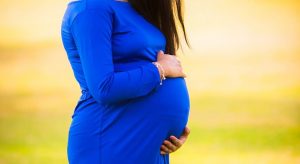 [9]As experts have known for years, unborn children begin to feel pain [10] as early as eight weeks after fertilization, and definitely no later than 14 weeks.  In fact, University of Arkansas Professor Kanwaljeet Anand, the world’s leading authority on fetal pain, says that preborn children probably feel pain much more acutely than adults.  Their nervous systems develop early in gestation, but their pain modulation pathways do not begin to function until about six weeks after birth.1

Science [10] proves that an unborn child, when being aborted in the second or third trimester, feels hideous pain as he or she is cut apart by the razor-sharp instruments of the abortionist.  As more and more testimonies from pro-abortionists show, many of them do indeed acknowledge that a baby aborted late in pregnancy feels pain but say that this factor should not carry any weight when a woman decides whether or not to have an abortion.  (Strangely, many of these same people are champions of animal rights, in particular efforts to ban any treatment of animals that might lead to their unnecessary pain or suffering.)

Pro-abortionists often dismiss pro-life concerns by saying that there are only a few third-trimester abortions performed in the United States each year, and only for the most extreme cases, as if the rarity of an evil makes it any less evil.  For example, the National Abortion Federation claimed, without evidence, “This particular procedure [partial-birth abortion] is used only in about 500 cases per year, generally after 20 weeks of pregnancy, and most often when there is a severe fetal anomaly or maternal health problem detected late in pregnancy.”2  Planned Parenthood stated in a November 1, 1995 press release: “The procedure, dilation and extraction (D&X), is extremely rare and done only in cases when the woman’s life is in danger or in cases of extreme fetal abnormality.”

The question we must ask is whether these unsubstantiated claims are true.

Why Do Women Have Late-Term Abortions?

The National Abortion Federation even contradicted its own 1993 statement that most partial‑birth abortions are performed for such reasons as “lack of money or health insurance, social‑psychological crises, lack of knowledge about human reproduction, etc.”5

Third-trimester abortionist George Tiller said at the 1995 National Abortion Federation conference in New Orleans, “We have some experience with late terminations; about 10,000 patients between 24 and 36 weeks and something like 800 fetal anomalies between 26 and 36 weeks in the past 5 years.”  This means that Tiller alone did 2,000 partial-birth abortions every single year, and only eight percent of them were for birth defects.

In addition to the testimony of the partial-birth abortionists themselves, there is a large body of evidence showing that the procedures are much more common than most people believe.6 The number of abortions that have been done since legalization is so huge that even the small percentage of late abortions done results in a very large number. For example, in 2019 alone over 860,000 abortions were performed in the United States, according to the Guttmacher Institute [11].

The Guttmacher Institute also surveyed a large number of women obtaining late abortions and asked them their reasons for doing so.  It found:

Remember that Planned Parenthood claims that all partial-birth abortions are done for fatal birth defects or to save the life of the mother.  It turns out that the actual number done for these reasons is about one percent.

The Quick Slide to Infanticide

The fundamental nature of evil is that it always expands unless it is relentlessly opposed.  Certainly this is true of abortion.  Typically, its supporters first demand an exception just to save the mother’s life, then more exceptions for rape and incest, then for the mother’s mental and physical health, and finally abortion for any reason whatsoever throughout all nine months of pregnancy.

Now we see them agitating for so-called “after-birth abortion,” as more and more “ethicists” baldly advocate infanticide in prestigious medical journals.  As one example, it is only necessary to read the beginning and end of one article published in 2012 in the British Medical Journal to see where this train of thought is transporting us:

By showing that (1) both fetuses and newborns do not have the same moral status as actual persons, (2) the fact that both are potential persons is morally irrelevant and (3) adoption is not always in the best interest of actual people, the authors argue that what we call ‘after-birth abortion’ (killing a newborn) should be permissible in all the cases where abortion is, including cases where the newborn is not disabled.…If economical, social or psychological circumstances change such that taking care of the offspring becomes an unbearable burden on someone, then people should be given the chance of not being forced to do something they cannot afford.9

This is how far we have fallen down the slippery slope.  The two professors who wrote this article callously approve of the murder of a newborn if the mother “cannot afford” to raise him or her.  We have arrived at the point where many say that we do not even have to justify the killing of a newborn; now the little ones have to somehow wordlessly prove that they are worthy of life, as the above article’s title reflects: “After-Birth Abortion: Why Should the Baby Live?” In reality, American abortionists have been practicing “after-birth abortion” for a long time.

Alisa LaPolt Snow, a lobbyist for the Florida Alliance of Planned Parenthood Affiliates, gave startling testimony [12] during the Florida House debate over a state Infants Born Alive Act in 2013.  She said that helping a healthy newborn who has survived a botched abortion “inserts politics where it doesn’t belong.”  She suggested that such infanticide is part of “a woman’s ability to make her own personal medical decisions.”  Representative Jim Boyd asked her “So, um, it is just really hard for me to even ask you this question because I’m almost in disbelief.  If a baby is born on a table as a result of a botched abortion, what would Planned Parenthood want to have happen to that child who is struggling for life?”  Snow replied without hesitation “We believe that any decision that’s made should be left up to the woman, her family, and the physician.”

And then, of course, we have the example of abortionist Kermit Gosnell, who routinely delivered full-term babies in his Philadelphia abortion mill and then severed their spinal columns with scissors.  This was done with the full knowledge of the National Abortion Federation, which had inspected his clinic, and other Pennsylvania pro-abortionists.  Not one major so-called “pro-choice” group has condemned Gosnell.  They are willing to say that he is the exception, not the rule, but that is as far as they are willing to go.

Gosnell is certainly not the first abortionist who has engaged in infanticide of born-alive babies.  There have been many cases of abortionists being brought to trial for either murdering these babies outright or setting them aside and allowing them to die of starvation and thirst.

Statistics show that that late-term abortions are rarely done for the “hard cases” of the health of the mother or fetal deformities—and the excruciating pain experienced by the baby during a late-term abortion should remind us that even in the hard cases [13], abortion cannot be permissible.

After all, if it is legal to kill a preborn child just hours before birth, what is to stop people from killing them after they are born?

[6] There is abundant evidence that there are many more third-trimester abortions performed than there are reported, and that most of them are done for relatively trivial social reasons:

I witnessed evidence of the brutal, cold blooded murder of over 600 viable, healthy babies at seven, eight and nine months gestation. A very, very few of these babies, less than 2%, were handicapped.…I thought I was pro-choice and I was glad to be working in an abortion clinic.  I thought I was helping provide a noble service to women in crisis.…I was instructed to falsify the age of the babies in medical records.  I was required to lie to the mothers over the phone, as they scheduled their appointments, and to tell them that they were not “too far along.”  Then I had to note, in the records that Dr. Tiller’s needle had successfully pierced the walls of the baby’s heart, injecting the poison that brought death.

I have been protesting at Carhart’s on Mondays since December 6 [2010].  During this time, I have had the opportunity to speak with over twenty-five mothers who were there seeking late-term abortions.  There has only been ONE case of a mother seeking a late-term abortion because of a poor prenatal diagnosis.  The other mothers were reportedly there because, even at this advanced stage in their pregnancy, they decided that the baby was an inconvenience.  One mother, Kiesha, who came to Carhart’s for a late-term abortion decided to save her baby.  She just gave birth to a beautiful, healthy baby girl.

On April 18, 1998, at approximately 7:00 a.m., I witnessed a patient deliver an intact fetus in the toilet of a bathroom in the waiting room area.  After expelling the baby and the afterbirth, the patient walked to the operating room because there were no wheelchairs.  I opened the fetal sac so that the fetus could be weighed.  The weight was approximately 3029 grams [over 6 pounds, 10 ounces].  It was a very big fetus.  My impression is that at Midtown Hospital a procedure will be done at any gestational age as long as the patient has the money.

It is possible, and maybe even likely, that the majority of these abortions are performed on normal fetuses, not on fetuses suffering from genetic or developmental abnormalities.  Furthermore, in most cases where the procedure is used, the physical health of the woman is not in jeopardy.

Women whose fetuses have terrible abnormalities…are a lot easier for people to understand. The husband and wife want to spare their baby whatever suffering that baby would have.  Then there’s the group of women who didn’t know they were pregnant.  They were told they were not pregnant for one reason or another and they are just as desperate.  “I already have three children, my husband just lost his job and I can barely put food on the table.  If I add a new baby to this family, we’ll all go under.”

[7] Aida Torres and Jacqueline Darroch Forrest.  “Why Do Women Have Abortions?“  Family Planning Perspectives, July/August 1988 (Volume 20, Number 4), pages 169 to 176, Table 4, “Percentages of Women Who Reported that Various Reasons Contributed to Their Having a Late Abortion and Who Cited Specific Reasons as Accounting for the Longest Delay.”