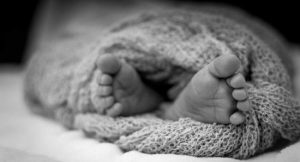 [9]The shocking abuse against a disabled woman has outraged the nation. The woman, a patient at Hacienda HealthCare in Phoenix, Arizona, is described by CNN [10] as having been in a vegetative state for more than a decade, gave birth to a baby boy on December 29. The media are not releasing her name, because she is a victim of sexual abuse.

Many people are surprised that a patient who appears to be unconscious could give birth. Dr. Deborah Feldman, Hartford HealthCare Medical Group director of maternal fetal medicine, told CNN [10] that it is very rare but does happen. Dr. Feldman stated that the case “speaks to the fact that the patient actually had largely normally functioning organs.” Recent research [11] has shown that patients in a vegetative state can also have awareness and mental functioning far beyond what most people realize. A neuroscientist found that at least 20 percent of people [11] in a vegetative state are completely aware of their surroundings and experience but unable to move or respond.

John Micheaels, an attorney for the victim’s family, told CNN [12], “The family would like me to convey that the baby boy has been born into a loving family and will be well cared for,” adding, “The family obviously is outraged, traumatized and in shock by the abuse and neglect of their daughter at Hacienda HealthCare.” Detectives are gathering DNA samples from men at the facility as part of an ongoing investigation of the crime.

Terry Rambler, chairman of the San Carlos Apache Tribe of which the victim is a member, called for justice. He told CNN, “When you have a loved one committed to palliative care, when they are most vulnerable and dependent upon others, you trust their caretakers.” He added, “Sadly, one of her caretakers was not to be trusted and took advantage of her.”

This abuse, committed against a vulnerable disabled woman, is dehumanizing and horrific. Her family’s loving care for her baby boy born last month shows that the crime in no way diminished the humanity of her child, conceived in such difficult circumstances. All vulnerable lives — including disabled persons and the preborn conceived in rape — deserve to be treated with dignity and respect.