This story is about God’s love and relationship with Pope John Paul II as witnessed and told by the author. 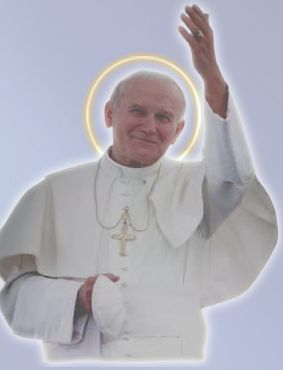 [7]In August 1993 Pope John Paul II held a rally in Denver, Colorado called World Youth Day VIII. During this time several events occurred which can only be described as miraculous. The author believes these events are the result of the relationship between God and Pope John Paul II.

So incredible was the experience of participating in these events as they happened, that the author and his friend swore themselves to secrecy afterwards. They simply did not want the publicity and notoriety of being involved in what they came to recognize, at the end, as miracles. Consequently, this story has remained untold for 20 years and only now is it being brought into the light.

The characters are captured in the pursuit of their individual business endeavors after the announcement of the rally in 1992. We follow them through their desperate efforts to capitalize on the event and watch their plans culminate in failure. Only to then be brought together in a final single enterprise, which they named ‘The Lemonade Stand,’ and end up in the service of the Pope instead of the envisioned profitable business planned.

Together they helped an estimated 20,000 young followers, who marched 20+ miles one hot Saturday afternoon to hear their beloved Pope John Paul II speak and to attend his final mass before departing Denver.

The story is structured in such a way as to provide the reader with an understanding of the characters and a moment by moment narrative of how the miracles manifested, and why later they were finally revealed.

Travel back in time with JD and his friend TP on an incredible adventure with a ringside seat to see the wonder of how God participates in our lives and see the miracle that brought this story public.